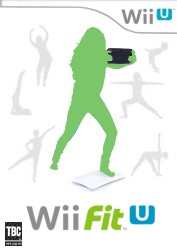 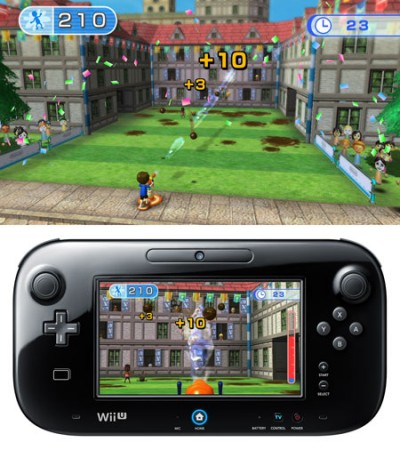 Wii Fit U is the first new Wii Fit title in a long time and will make the most of the freedom offered by the Wii U tablet controller.

For the less faithful Wii Fit users, it's likely that the Wii Balance Board has become more of a tripping hazard or handy door stop. For those of us that have stuck with it past a 4th year of use (has it really been that long!?) there are a number of features that we've grown accustomed to, but would really like to see changed.

Thankfully, with the new Wii U console on the way, Nintendo are taking the opportunity to bring us Wii Fit U, a new entry in the series which will make use of the new Wii U tablet controller. This new controller features a screen of its own and this provides some handy extra features to Wii Fit U.

The first good news is that your old balance board should work just fine with the new Wii U. This is great news as it avoids the sting of asking new Wii U adopters to lay out a further investment for a new board. It should also mean that this title will sell well among the massive amount of people who have the original Wii Fit or Wii Fit Plus. The other bonus will of course be a range of new games and exercises to provide variety to tired old routines.

The additional screen of the Wii U controller will provide a number of benefits in Wii Fit U. Firstly the controller provides an additional viewpoint on the action. In some of the games this is a firstperson viewpoint, assisting with aiming and providing a feeling of immersion. In other exercises, it will also hopefully overcome the problem of exercises which necessitate looking away from the screen (common in many of the bending and stretching exercises, e.g. press-ups).

Another huge benefit will be that Wii Fit U can be played using the Balance Board and controller, without using the TV. This means that any household arguments between playing and exercising, versus watching TV programmes will hopefully be ended. It will be interesting to see whether the controller and board will work from an adjoining room, as I have many friends who have said that the only thing that puts them off Wii Fit is the lack of privacy. Hopefully the new control options will allow you to exercise from whichever room is most comfortable, not necessarily the living room.

Also away from the screen, Wii Fit U will come with a handy pedometer, which can be used to record your walking and jogging exercise away from the Wii U console. Using an infra-red link, the pedometer can be used to upload your steps to the Wii U controller and Wii Fit U will record this additional activity. In fact, the Wii Fit U pedometer looks a great deal like the Pokewalker accessory that came with Pokemon HeartGold/SoulSilver (pictured) and I can personally vouch for the reliability and durability of that device (now on its 3rd battery, also after about four years of faithful use).

Wii Fit U is currently planned for on the Wii U and is awaiting a release date, but it may be a launch title in 2012.


You can support Paul by buying Wii Fit U