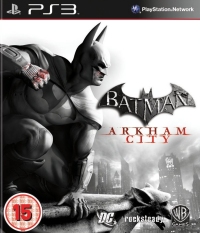 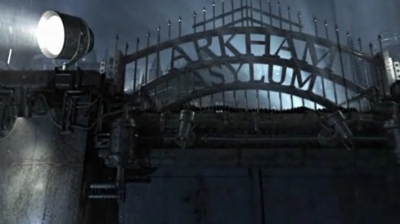 Batman: Arkham City transforms you from the first game's skulking infiltrator to a true city-wide vigilante, policing the skies and responding to nearby calls for help. It's a lot for a newcomer to grasp, but it's worth learning all the skills to be a true superhero.

Similarly to Assassin's Creed: Revelations, this game often assumes a mastery of the previous game's skills. It does carefully tutor the player in the basics, but some details that make a difference between an elegant victory and a rough scrap are left for you to find yourself. For example. a friend of mine had been struggling with the combat because she had no idea that the Batclaw and Batarangs could be used mid-fight to surprise the enemy.

The stories mentioned briefly in the opening of the game are fleshed out in spectacular style here.

The second flaw really only grates because I love strongly-narrated games. Arkham City has such an open structure that it detracted from the telling of a focused story. There are, I think, 12 side-missions which you can dip in and out of alongside the main story.

It's a small thing, but I found that the buffet of missions on offer at any given time pulled me away from the main story. About halfway through the game I was totally confused about which sections were asides and which related to the main plot. If you had asked me what the central storyline was, I couldn't have told you. (Unlike Infamous 2 that managed to juggle the demands of a main story with side missions much more effectively.)

But these are minor flaws. What Batman: Arkham City delivers is an entire urban area to police as, arguably, the greatest crime-fighting hero in narrative history. It's a gear change from level-based adventures as you stalk the rooftops, listening out for victims in distress, tracking the Riddler secrets which will lead to kidnapped police officers or straining an ear for the ringing telephone which indicates a race against time to save a life.

There is a packed roster of classic villains, each given excellent screen time and good reasons for being involved. It's nice to see some of the more obscure characters receive the same loving update as the better known and I have to say that the way The Penguin is presented here is thoroughly gripping.

Batman: Arkham City also demonstrates again how in-game collectibles should be done, by providing a mechanism through which the approximate location of secrets can be revealed. I think this is far better than being tasked with scouring every corner of the map for tiny objects, as it relies on player skill rather than endless patience or online walkthroughs.

A character magically vanishing in a puff of smoke is a common literary conceit.

One thing that made a big difference to my enjoyment of Arkham City was a interstitial comic series I discovered. If you're a fan and would like more scene setting of the events between Arkham Asylum and this game then I can recommend the excellent Batman: Arkham City hardcover comic. Many of the stories mentioned briefly in the opening of the game, or through the unlockable character bios, are fleshed out in spectacular style here, including some of Batman's early investigations into the new prison facility. 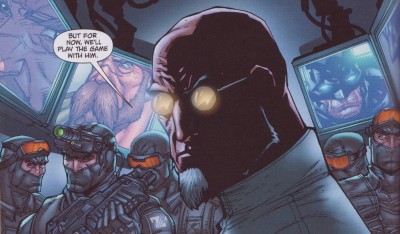 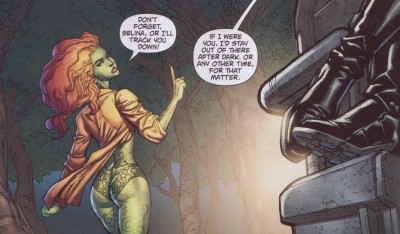 Both the Batman games have been about wish-fulfilment for me: allowing me to take on the role of Batman and imagine that I am the caped crusader himself. Where Arkham City is so successful is in how it allows for that fantasy to be realised.

In my opening story I describe a simple encounter, which culminates in throwing a smoke pellet at the ground and disappearing among the rooftops. A character magically vanishing in a puff of smoke is a common literary conceit, but I remember once thinking how great it would be if a game could accurately recreate that moment through natural play. It seems we have now arrived.

You can support Chris by buying Batman: Arkham City