I Am Alive XBLA Review

I Am Alive XBLA 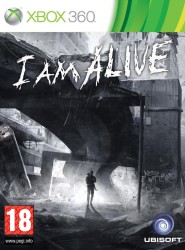 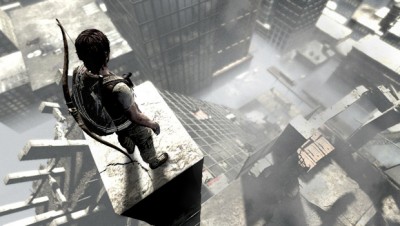 I Am Alive was in development for years, constantly teetering on the brink of cancelation, it finally found a home with Ubisoft as a downloadable title. Chilling but flawed, it creates something quite unique in its rare moments of brilliance.

There is a subtlety to I Am Alive. Set one year after a disaster, called simply The Event, America is in ruin. It would be easy to linger on this, or create a conceit where the lead character, Adam, needs it explained. Instead it is simply a fact that is just a part of life those who have survived.

Surviving is the focus, and Adam is incredibly adept at it. Retuning to his home of Haventon his goal is to find his wife and daughter. With no transportation it has taken him a year to make cross the country on foot. But it is more than love that has driven Adam; there is the unstated need for an apology that makes his quest all the more driven.

Despite his time in the inhospitable environment Adam is doing well, which is little surprise once you see him in action. Though his story suggests a dedicated family man, he can nimbly navigate the world with the competence of an acrobat, limited only by his stamina that must be managed to avoid falling to his death.

Adam's need to navigate the world is clear within seconds of starting. Beginning on the wrong side of a ruined bridge he makes his way to dizzying heights in order to reach the city. Seen through a dusty haze, the colours of the city are washed out and muted, almost beautiful in their black and white simplicity, but with an edge of danger and death.

His methods are alarmingly cold.

Adam's other surprising skill is combat. Not only is he competent with machete and gun, but he wields them with ruthless efficiency. It isn't that Adam is looking to kill but in frequent situations it is called for, his methods are alarmingly cold.

Interacting with survivors requires careful consideration. There is an equal chance of them being friendly or hostile, and any interaction can place strain on Adam's limited recourses. From the use of a bullet to kill a gang leader to the donation of a first aid kit to those in need, every choice limits future options.

One such moment of balance stayed with me. I'd come across a woman, handcuffed to a bench, calling for help. As I moved closer a gang of thugs appeared. Instantly Adam's hands went in to a placating position, trying to calm the would-be attackers. They moved threateningly closer, and I knew that my choices were limited.

The leader drew close. I instantly slashed his throat with my machete and then drew my gun. Not stupid, the remaining two thugs backed away, I circled round them I began to back them up to the sheer drop of the building. Realising their predicament they decided to take their chances and attack me. My one remaining bullet dropped the more aggressive of the two, and the other backed away. When he reached the edge, I kicked him off.

Turning back to the still shackled woman she begged me to release her, claiming that she was forced to ensnare me by my attackers. Her metal bonds however would have required the bullet I used in the fight. I left her and later, when I found a bullet, decide it was more precious than her life.

I found a bullet and decide it was more precious than her life.

For all of the subtle and clever ideas such as this that are present throughout I Am Alive, and cold brutal world it creates, the illusion is all too often shattered. Enemy encounters play out to often in the same way; slice his throat, shoot the guy with a gun and kick the last one into what ever is handy.

Each time this happens it feels more and more like a stock-in-trade video game, rather than something more interesting. Similarly, there was rarely any way to avoid combat, forcing the use of recourses rather than using them as a punishment for aggressive play.

As a game that began with such promising ideas I Am Alive soon floundered. For the first hour of playing I was enthralled by its ideas, submerged in the chilling and believable world it created. All too quickly though the illusion dissolved as I found myself repeating the same wrote actions. Brief sparks of genius remained, but never living up to its opening moments.

You can support Alex by buying I Am Alive