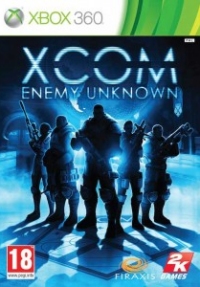 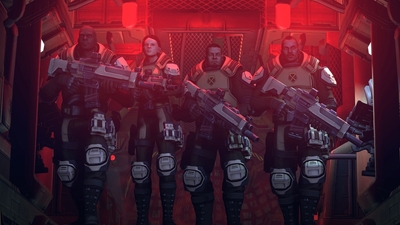 X-COM: Enemy Unknown places you as Earth's last line of defence against an alien invasion. You take control of every element of your strategy but in the end it is the strength of the alien force, and a bit of luck, that will determine who is victor.

I have a vague recollection of playing the original X-COM on my friends PC when I was fourteen years old. With little understanding of the turn-based combat mechanics, the whole experience baffled me. Walking my squad into an alien infested office building only to see them eradicated within seconds, with no clue how to improve their chances, infuriated. Now, eighteen years later, X-COM is back with X-COM: Enemy Unknown, and I am hoping to overcome some old fears.

X-COM: Enemy Unknown is not the impenetrable experience it once was with 2K's reimagining of the classic turn-based formula doing a lot to make the game more accessible. Much of the original game's difficulty was rooted in the fact that little explanation was given which, at the tender age of fourteen, left me drowning in a sea of obscure systems. Enemy Unknown on the other hand gives me just enough guidance to feel informed, without robbing me of a sense of discovery.

X-COM's appeal lies in the exploration of its systems. Even before I took my first steps into the game proper I was making decisions that would have lasting effects. The mechanics of where to build my headquarters, what facilities it would contain and how to equip my troops were all explained to me, but their long-term impact was not. It was only by fumbling my way through the first alien invasion that I began to learn, developing the strategies I would need in order to succeed.

Developing an effective strategy makes a huge difference, but it is only by entering the field that victory is truly achieved. Before each combat area you get no warning of what was contained within the randomly generated map. Only being able to take four troops into battle (later growing to six), means equipping right mix of specialisations and weapons for each member is key. Choosing between support, snipers, assault and heavy weapons, a squadie's class dictates their basic equipment but this is far from enough, so to give them a fighting chance against superior alien forces finding alien technology in the field to further weapons research is a necessity.

I started to feel like I was opening a new piece of Ikea furniture.

My faltering first steps were dogged by failure; my squad quickly out matched by their alien counterparts. I moved slowly, the fog that covers the battlefield keeping hidden what lay ahead. With a movement and action phase each turn I took care to pace myself, using the second turn to take up defensive postures as I edged through the map.

As I methodically crawled through the environment I started to feel like I was opening a new piece of Ikea furniture. I was excited as I begin search for what should be contained within, but underneath my anticipation a fear started to grow of what would appear next as I delved further in. Which puzzle piece will emerge next proved a continual surprise, and there was always the niggling sensation that perhaps I would not have all the necessary parts to complete the job successfully.

This element of uncertainty meant that at any instant, even in a relatively simple arena, everything could go wrong. Stepping too far forward and alerting a group of enemies could leave the squad completely exposed, and even carefully planned tactics could quickly be pulled apart if troops shoot wide of their target.

It is the ability to miss that creates X-COM's tension, with a number of factors affecting even simple shots. The chance of a hit was clearly visible to me as my troops took aim, and anything less than 100 percent stood a chance of missing. Rarely have I experienced a greater sense of anger, injustice and fear in a game than that felt as a sniper missed a 98% shot leaving my squad exposed -- nor have I found greater pleasure than snatching victory from the jaws of defeat by killing an alien with a 5 percent shot.

In the instants between success and failure, X-COM: Enemy Unknown comes to life.

It is in these glorious moments, the instants between success and failure, that X-COM: Enemy Unknown comes to life - the thrill of a gamble against unpredictable odds. By allowing control of both the macro and micro elements of the war effort it gave every opportunity to weight the dice in my favour, but ultimately success always rested on the luck of the roll.

You can support Alex by buying X-COM: Enemy Unknown