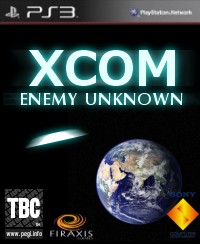 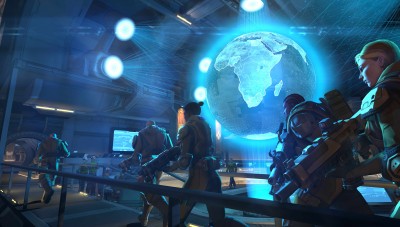 XCOM: Enemy Unknown has been released on PS3 and been provided for us to preview/review by the publisher.

"X-COM: Enemy Unknown places you as Earth's last line of defence against an alien invasion. You take control of every element of your strategy but in the end it is the strength of the alien force, and a bit of luck, that will determine who is victor. .."
- Scared Gamer (Wed, 05 Dec 2012)

The announcement of XCOM: Enemy Unknown is the news of which many of us have been waiting for years. At last we will have the chance to play a bona fide modern remake of a classic strategy title in the way it was meant to be played.

It was with some distress that fans of the original UFO: Enemy Unknown (or XCOM: UFO Defense, depending on where in the world you are) received the news that a modern reboot of the series was to receive an overhaul as a first-person shooter. For fans of turn-based-strategy, there are few other games as revered as the original and to translate this to a FPS was to miss the point entirely.

Also, while there have been good turn-based combat games in recent years, such as XCOM creator Julian Gollop's excellent Rebelstar Tactical Command (GBA) and Ghost Recon: Shadow Wars (3DS), none of these delivered what XCOM: Enemy Unknown promises simply through its legacy. Even the possibility of a global overmap, random encounters, destructible maps, artifact research, squad development and endless re-playability sets this above any other game I might anticipate in 2012.

It will be easy to disappoint fans. Early hints have already suggested a mix of real-time and turn-based control. But, we must expect some changes as it is fairly unlikely that we will see a simple hi-def remake of the original. It is worth bearing in mind how much of the gaming landscape has changed and developed in the intervening years and XCOM: Enemy Unknown would benefit little from the slightly fussy squad controls of the original.

The great news is that the strategy version of XCOM: Enemy Unknown is being developed by Firaxis, the makers of Civilisation. Thankfully these games have never shied away from the intricacies of combining history-spanning development with tactical combat and base-management. I really hope that they manage to recreate and build upon the things that made the original XCOM great. If they do, they will have an instant classic on their hands.

XCOM: Enemy Unknown is currently due for release on the Playstation 3, Xbox 360 and Windows PC in Autumn 2012.


You can support Paul by buying XCOM: Enemy Unknown