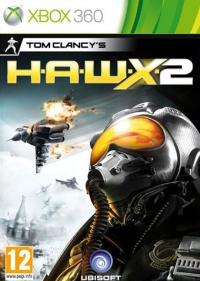 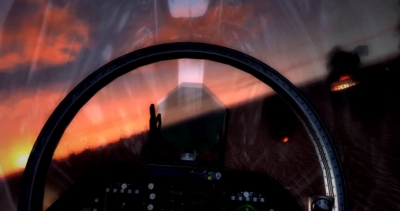 Scene: BOB and FRED are sat on a sofa with two Xbox 360 controllers. Bob is running around with a controller making airplane noises.

Fred: What are you doing?

Fred: And how exactly are you doing that

Bob: In my bomber, I've just taken out an enemy power station and now my team can commence the bombing of the enemies hideout. (in airport voice) understood, commencing attack

Fred: so I see you've found today's game which for the viewers at home and welcome to scripted gamer by the way is tom Clancy's H.A.W.X 2 which is a flight action game

Fred: I'm not so sure you see

Bob: You can fly the plane with your controller...what’s not to like

Bob: no you don't get it. The motion thing that the controllers have

Fred: you mean the six axis

Bob: well if you wanna get all technical then yeah what you said. It means that you tilt the controller and the plane tilts

Fred: that sounds kinda cool I suppose, but I'd imagine that that would be quite hard to get to grips with

Bob: if you're a posh idiot maybe but the hardcore gamers like myself it’s easy. Besides you can turn it off if you don't like it

Fred: It sounds like just another flying sim to me

Fred: well yes i do rather like my pancakes

Bob: Well that’s how I feel about this game!

Fred: You want to eat it all and not share with anyone else?

Bob: Alright it’s not exactly how I feel about this game but you know what I mean.

Fred: But when we got the game you thought it was going to be rubbish too

Bob: That is true, I admit. I judged a book by its cover

Fred: It’s a game not a book

Bob: You enjoy being all uppity sometimes don't you?

Bob: I meant I thought it was gonna be rubbish, I didn't like the cover and I haven't liked a flight sim since ace combat on the ps one. But I was proved wrong. The game is honestly really really good fun

Fred: Well ummm that says it all really doesn't it

Bob: now can I go back to pretending to be in a plane please

Fred: well that told me. Never judge a game by it’s cover. We've been the scripted gamers goodnight

You can support Adam by buying H.A.W.X 2