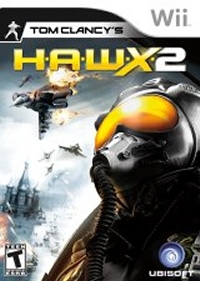 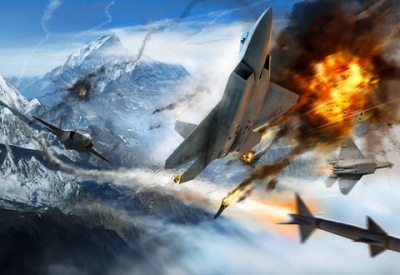 HAWX 2 has been released on Nintendo Wii and been provided for us to preview/review by the publisher.

HAWX 2 noticably perpetuates the near future feel we love from Clancy novels. On the Wii the experience and controls promise to come to the fore, as players take a wide variety of craft tot he skies to battle the soulless machines.

But we also like that as well as the bravado there's a quieter tale about a lad trying to live up to his father's reputation. This somehow fits in with the multiplayer mode that gets generations playing together.

This assistance multiplayer works both ways. If you want to play with, say, your son you can put them in the second player slot to help with the shooting while you control everythign else. Or, as perhaps is more often the case, if your child is actually better than you at these things you can let them take the strain while you take a few pot shots here and there.

This is allwrapped up with the sort of future-conspiracy you'd expect from the Clancy brand. And you play the story through some spectacular locations and intense dogfights. We are particulartly looking forward to the targetted missions that require a little more tactical prowesse.

You can support Paul by buying HAWX 2