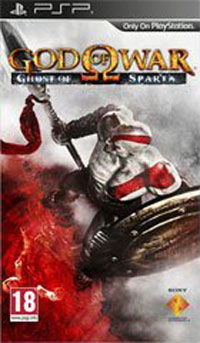 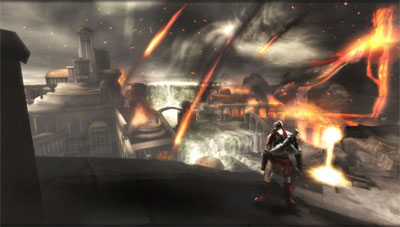 God of War: Ghost of Sparta matches the previous games for bravado and gore but after so many outings, starts to feel a little tired. Just when the story gets going, it is submerged under the usual array of brash combat and platforming.

Never straying from the formula of its predecessors, God of War: Ghost of Sparta feels like the last thrust of a retired franchise with nothing to distinguish it from its bedfellows. All the slick action and locations remain as impressive as ever but like God of War 3, Ghost of Sparta has lost its soul.

Taking an abandoned plot thread, left hanging in the first God of War, Ghost of Sparta tells the story of Kratos as he hunts for his long-lost brother. This setup is initially impressive as the game fills in various aspects of the God of War canon.

Told through flashback, you experience Kratos' childhood and discover the origins of his tattoos, his rage at the gods, and the reason for the huge scar over his eye. This is the sort of narrative I can connect with, and it's used effectively here to build history and a sense of the twisted Greek Mythology the series has co-opted.

All the slick action and locations remain as impressive as ever but like God of War 3, Ghost of Sparta has lost its soul.

Just as with God of War 3 this approach overpowers every other aspect of the game and that sense of history - of ancient legend - is left on the floor along with the dismembered limbs of your enemies.

It isn't shock or disgust that made my experience with Ghost of Sparta so lifeless, it's more the predictable nature of a game like this. Every aspect of every encounter feels predictable and trite due to a well-worn formula. Every aspect of the game is expertly produced and I can't deny that the visuals and controls are as impressive as they've always been - but any meaningful content came when these games were first released. I've played through similar combat situations and angry shouty narrative about four times now; it's time for a change.

The locations offer some variety and it was good to finally descend and explore Atlantis, Sparta and Death's Domain. These environments show off the brutal side of Greek Mythology but as with the combat, every cave, ship, fiery chasm and snowy mountain feels exactly the same as before.

It isn't shock or disgust that made my experience with Ghost of Sparta so lifeless, it's more the predictable nature of a game like this.

I feel this negativity I have is more my apathy towards a long-running series than any technical fault with the game. Ghost of Sparta is really good at what it does, there's no better looking game on the PSP and the control system felt natural and tactile.

What it shows however, is that the series depends upon set-pieces and increasingly gratuitous violence in order to fill out an otherwise predictable and staid plot. After playing Kratos for five games I'm now ready to ditch the grump and focus on another character and another period of time.

The soul that was present in the first two God of War games - both in the responsive combat and emotional story has been lost to technology-driven pursuits. Story and atmosphere have given way to ultra-explosive arterial sword thrusts and head-ripping antics from a Monty Python animation. It isn't a bad game for those desiring that type of experience but for someone who expects a blend of videogame action and mythological story-telling, then God of War: Ghost of Sparta disappoints.

You can support Adam by buying God of War: Ghost of Sparta