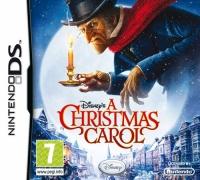 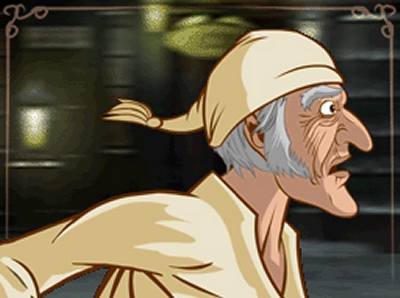 A Christmas Carol DS is based on a story so perfectly structured that it has little room for interaction. Sensibly, the game opts for embellishing the narrative with gameplay elements rather than adapting it, presenting a competent retelling of the story garnished with minigames and diversions of variable quality.

I'm not a fan of Disney: I find most of their films toothless and sentimental, with a sugary and banal core; I dislike the relentless marketing machine that bombards children to nag for an endless wish list of expensive merchandise and holidays to theme parks; and I especially dislike the way they overwrite classic stories with their own versions, smacking the difficult, interesting corners off literature and history to fit within a bland Hollywood idea of what constitutes acceptable fodder for children.

However, I do find myself with a surprising level of respect for Disney Interactive Studios, or at least the part of it deals with adaptations of Disney movies for the Nintendo DS. Disney Interactive Studios' games for the handheld feel like well thought-through products, rather than cheap cash-ins, and seem free to tread a different path to the films they ostensibly tie-in to.

A Christmas Carol isn't as good as Alice in Wonderland, but it does have an interesting approach. In A Christmas Carol, Charles Dickens tells a near-perfect story: the set-up of the miser Scrooge, the three-acts of the ghosts visiting Scrooge, and the satisfying, moral resolution of Scrooge's redemption as the night gives way to Christmas morning. Oh, and in the process Dickens reinvents Christmas as a holiday and arguably invents the time travel story in the process.

Perhaps realising that this is a virtually unimprovable story, the game opts for a pretty much straight re-telling, with impressive (but bland) animation and a narration from Broken Sword series creator Charles Cecil. Instead of assigning one of the characters as an avatar for the player, the game instead placed me in the role of a semi-active observer, engaging in various mini-game type activities to move the action along.

Most of the interactions are stylus based, prodding various objects in the scene or dragging them to trigger an event. Depending on the scene you maybe helping Scrooge (aiding his escape from pursuing ghosts by knocking over barrels) or harassing him (knocking snow off a ledge to fall on his head as he walks home).

Other activities have little to do with the progress of the story at all, instead crow-barring in other games where they fit within a scene: snowball fight as Scrooge revisits his boyhood, rhythm action fiddling at Fezziwig's party, a bit of Victorian Cooking Mama in Mrs Cratchit's kitchen.

Some of the mini-games are individually fun, but others - the aforementioned Fiddle Hero for one - are clunky, and none feel intrinsic to the core of the story. In a couple of cases they actually disrupt the narrative - part of the despair of Scrooge's journey into his happy youth is that he can't feel or interact with it, only watch, yet the game has Scrooge 'helping' his younger self.

It can never quite get over the fact that the best way to enjoy this story is to read the original.

A Christmas Carol is tasteful, respectful and polished, and makes a fair old crack at overcoming the futility of adapting the book into a videogame. However, it can never quite get over the fact that the best way to enjoy this story is to read the original text, and pretty much acknowledges this by including the entire book on the cart, in a usable e-reader format.

It's a nice inclusion, but a dead giveaway that most of us would be better served by skipping the game altogether and just buying the book in it's old fashioned, user-friendly, paper-based form.

You can support Mark by buying A Christmas Carol