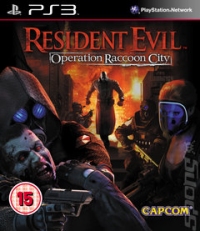 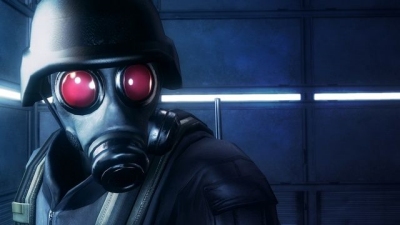 Resident Evil: Operation Raccoon City turns the tables as we fight for "the man" rather than humanity. Cosying down with The Umbrella Corporation felt a little odd at first, but I soon got into the swing of things.

Raccoon City is resurrected by Capcom and Vancouver-based developer Slant Six Games in the form of Resident Evil: Operation Raccoon City. Although leaving the main games in the series to do the real story work, it still offers an unusual twist in the form of team-based third person shooting.

Operation Raccoon City is set bang in the middle of the infection zone of the titular city. You can play as any of the Umbrella Security Service as they get sent around the city to obliterate any remaining evidence of Umbrella's seedy dealings with the incident -- which also means murdering any people who have an inkling of the unpalatable truth.

This is essentially the Hunk mission from Resident Evil 2 writ large. Those that found that hidden level in the second game will remember the storyline. Here it is extended considerable as we learn of yet another tangent to the franchise's main trajectory.

The basic premise is that Umbrella Corporation realises that their G-Virus scientist William Birkin plans to sell the virus to the Government. Their response is to send in a team to try and stop the virus getting out. As you may imagine, within minutes (quite literally) the whole world is on the edge of extinction when Birkin gives himself the virus, mutates and wipes out the team.

Each of the available characters have different abilities and weapons, that much is expected. Less familiar though is the way the story is told from the perspective of the corporation. Playing through these events batting for the other side is a really interesting experience -- particularly when fan favourite characters like Claire Redfield, Leon Kennedy, Jill Valentine are targeted by the corp.

Out of this ethically-murky cauldron climb series' favourite mutants.

Out of this ethically-murky cauldron climb series' favourite mutants. Tyrant, Hunters, Lickers and the deadly Nemesis all step up to thwart "the man" at some time. Players need to avoid too much contact with these enemies. If their infection gauge fills up it's game over -- anti-viral sprays and medics being the only way to drain the meter.

In addition to the main story, Operation Raccoon City also delivers a four-player cooperative campaign, a four-versus-four competitive game mode and a multiplayer heroes mode. The sheer variety on offer here turns what might have been a footnote to the Resident Evil cannon into an engaging and interesting addition.

For fans of the series this is an essential tangent to tide them over to the arrival of Resident Evil 6. For the rest of us, it's still a good chance to enter the world of corporate mismanagement and viral weapons.