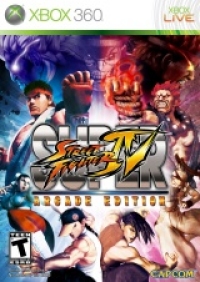 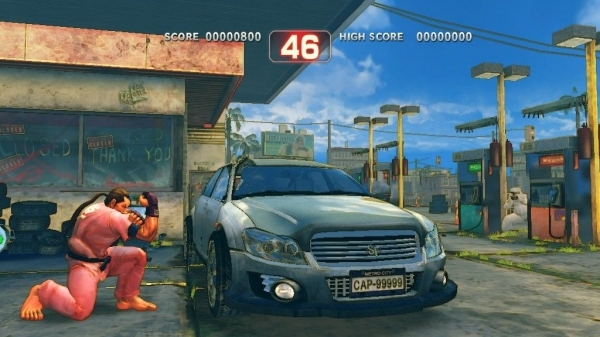 Super Street Fighter IV Arcade Edition is ultimately a minor update. Whether this matters to you depends on whether you are a real player, or someone who just dips in and out of the Street Fighter world.

When I first got Super Street Fighter IV: Arcade Edition I thought it was the wrong disc. On first impressions it looks just the same game as the last game - even the intro, cut-scenes and background music. My mates were already quizzical as to why we needed another Street Fighter game, so this didn't help.

I assured them that although it doesn't look all that difference the gameplay itself is actually where the changes hit. You see, the work here has largely been where it counts for a fighting game: under the hood - and by that I mean how it plays.

They still weren't convinced so I showed them the four new characters: Evil Ryu, Oni, Yun, and Yang. We spent the afternoon putting these new personas through their paces and actually found them to offer much more than just new wardrobes.

Evil Ryu and Oni might appear to be palette swaps of Ryu and Akuma but actually they offer more strategic variety and revised timings. Yun and Yang are new recruits in Arcade Edition and although they hail from Street Fighter 3 (let's not get into that) they actually fit the "back to basics" style of Super Street Fighter IV very well.

I'm not quite sure why these new characters don't get in-game videos for their Rival Fights, it seems odd as they have all the other back stories and cut-scenes. Did no one notice this omission, or were Capcom just happy to release the game without them? A fighting game is all about confidence in the developer's attention to detail and this caused more than a little wobble among my Street Fighting friends who, after noticing this, viewed these characters with suspicion.

It is balancing like this that can make or break a tournament fighting game.

After a few days' play we started to appreciate the more detailed changes in the Arcade edition. My friends had been won over now and were often found intensely debating the merits of Akuma's more powerful Hurricane Kick or Makoto's faster Dash Punch.

To some this may seem a little over the top, but it is balancing like this that can make or break a tournament fighting game. This is born out online where you find more changes to gameplay.

Either way, the Arcade Edition offers a new online replay system that lets you track specific players for later analysis. We often spent as much time on post-match analysis as we did actually fighting. But far from a distraction this has actually meant a number of my friends have really improved their game.

Another aspect of Arcade Edition that split our group was whether the reset leaderboards were a good thing. It certainly worked as an incentive for lower ranked players to make a fresh start, and we have seen considerable re-ordering of our pecking order - again much to the dismay of some higher ranked individuals (who will remain nameless, Jess).

Regardless of all this bickering and name calling though, everyone I know has come round to the Arcade Edition. We have played this exclusively now at our get togethers for a few weeks and I don't think we'll be going back to the previous version any time soon.

If you are a Street Fighter player you need to be on the latest version.

While it is quite costly to buy the full version (around GBP 30), and the donwload option is still GBP 10, at the end of the day if you are a Street Fighter player you need to be on the latest version if you are going to compete with your peers.

If you play alone and haven't spent much time with Super Street Fighter IV then that version is a better value option. However, if you want to keep up with the best players in the world (or your neighbourhood) you need to experience Arcade Edition, and once you do I don't think you'll regret it - we certainly didn't.