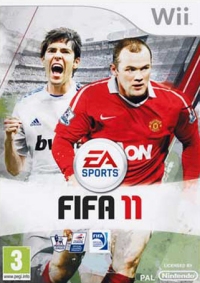 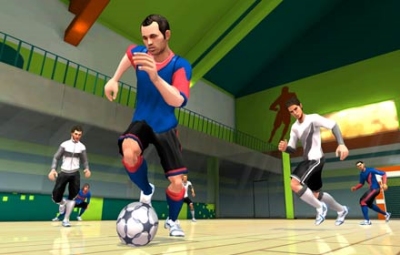 FIFA 11 Wii opens up football for newcomers like me, whilst keeping things interesting enough for more serious players to enjoy. It has unexpectedly turned me into something of a football in mum.

I don't often get involved in the footballing antics in our house. But recently I've enjoyed being the mum at the park with a couple of boys and a football. If you position yourself up hill of the action, you can spend a happy hour or so simply tapping the ball back down the hill to the kids as the hare around.

It's probably a sign of our tribe getting a little older, but we seem to have hit our footballing stride of late. With my husband always happy to have one of them along for the ride while he plays his 360 game, I thought I'd try my hand on the Wii version of FIFA to see if it was a little easier - I've tried the 360 one but there are just too many buttons to remember.

First off I was struck by how the Wii game looks and sounds different to the game on the 360. It's not exactly cartoony but everything feels a bit exaggerated. I like it.

This style takes away some of the tedious macho bravado the real game seems to be so full of. On the Wii, although they are of course real players, it looks much more like the sort of game I play with the kids in the park.

I really got into playing the smaller five a side game mode. This takes players from the different clubs and pops them into a sports hall with a small goal at each end. There's less space so the ball pings around more than usual, and it seems like this makes it easier for our younger kids to score.

I had literally never player a football video game before but found it easy to pick up.

We played some family games with four of us going head to head in this mode, and although my husband is something of a FIFA addict, he didn't run away with things. He used the Classic Controller to pull off all sorts of tricks and flicks when he had the ball, while my All play controls with just the Wii-mote meant I could tell my players what to do without worrying about hitting the exact directions. Then our eldest son use the Wii-mote and Nun-chuck combination for controls that seemed to be somewhere between the two of us.

I had literally never player a football video game before but found it easy to pick up - once I'd had a few pointers on the basic rules here and there. Apart from this, the game seemed to do a good job of introducing the different moves and buttons each of us could use.

The only down side was that we fancied playing with more than four players one weekend with friends over, but could only play in groups of four. Surely they could work out something better than that? Apparently you can play online with more players, but I'm really not into playing with people I don't know or can't see.

FIFA 11 Wii has been a great introduction to a sport I often feel an outsider of.

I'd also thought I could play with my Mii in the 5 a side game, but I think that was an option in a previous version that has been dropped - which is a shame.

But apart from all this, FIFA 11 Wii has been a great introduction to a sport I often feel an outsider of. And I think I'll be playing it plenty more, both in the lounge and in the park.

You can support Josie by buying FIFA 11