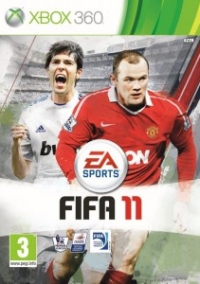 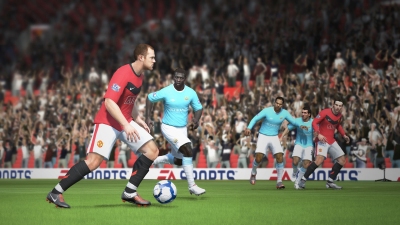 Fifa 11 has been released on 360 and been provided for us to preview/review by the publisher.

"FIFA 11 360 attentively delivers on promises to their player community - another round of intelligently chosen and well executed enhancements. Combine this with the DS and Wii versions, and FIFA 11 really has something for everyone in the family..."
- Family Gamer (Mon, 25 Oct 2010)

Fifa 11 significantly advances the award-winning franchise with the introduction of Personality+ and a host of other changes that take the No.1 football videogame to new heights. New customisation options, an improved career mode and excellent multiplayer all combine to make this iteration of the series the most meaningful.

This year's improvements come in the form of Personality+, a way for Fifa 11 to reinvent player authenticity on and off the ball. It enables the individual abilities of each player to be used on the pitch from the instant reflexes of goalkeepers such as Petr Cech to physically strong strikers like Wayne Rooney. Improvements have also been made to the career mode with a new engine delivering a realistic experience that takes you from player to manager over 15 years.

PC owners will be pleased to see that Fifa returns to the home computer alongside Xbox 360 and PS3 releases with specifically enhanced menus and multiplayer options to take advantage of the platform. There are 62 different stadiums to entertain your footballing dreams as well as over 30 licensed leagues, 500 licensed teams and more than 15,000 players - all modelled and animated accurately. The Wii version comes with a specifically designed 5 vs. 5 street mode as well as the 11 vs 11 mode present in all versions of Fifa 11.

With Personality+, advanced A.I. and an improved career mode, Fifa 11 looks to build on the award winning success of Fifa 10 and establish itself as the most accurate simulation of the beautiful game to date. Fifa 11 arrives on 1st October 2010.

You can support Paul by buying Fifa 11