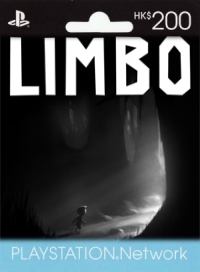 Video games make me happy. In fact I'm realising it's not happiness that I get from them but joy -- that non-productive companion of happiness.

You could measure my mental health by the time since I last gave myself to the sheer joy of indulging in play for play's sake. Not just games, but books and films too. My efforts to generate happiness have me rushing off to achieve and put in place and make preparations for tomorrow. But I often forget to work at joy, to spend time enjoying.

I've just finished a game that underlined this. Unusually for me it was a violent dark game, painting the lost forest wanderings of a small boy in black and white -- Limbo (that I wrote about previously). I guess it was reputation and recommendation that got me started, for there is little else to commend it before you pick up the controller.

The game lasts 4 hours, time you spend desperately trying to escape the dark dangerous woodland paths and dilapidated streets. Happiness in the game seems impossible again such unrelenting dark odds, unless... Unless there could be escape, an exit or maybe the waking from a dream to a better world.

But then you discover a companion in the world. The moment of encounter, that I won't spoil here, is transformative. In many ways nothing is different, darkness continues. At the same time though, everything is different. The presence of "another" changes the game world from a dangerous alien environment into a place that might become home. Great joy.

We, beyond the screen, are asked what real hope is, escape or residence? Escape still promises happiness if we can only line things up to achieve it. Residence though, stopping and staying and living, promises a solution that doesn't perpetuate the problem but redefines it.

This is advent for me, incarnation, committing to the joy of the darkening soil of Limbo.

This is advent for me, incarnation, staying near the earth, committing to the joy of the darkening soil of Limbo rather than hoping for happiness of escaping it. Anne Robertson, a Methodist pastor, hasn't played Limbo (I assume) but she says something similar about joy and happiness. "Happiness comes from the Greek makarios which is akin to the freedom from material worries enjoyed by the rich; but it comes and goes, along with our circumstances. Joy, however, is from chairo - which the ancients saw as 'the culmination of being' and 'the good mood of the soul'. Chairo finds its fulfillment in God, and - fascinatingly - its opposite is not sorrow, but fear."

Limbo is good at creating fear in those that play it, a little like life sometimes. In the end finding joy in its landscape rather than working towards happiness elsewhere is the only workable solution.

Glad tidings of great joy, now that is an idea worth spreading.

This post was in response to Brian Draper's Advent email series.

You can support Andy by buying Limbo