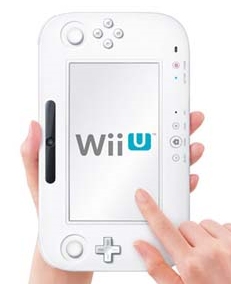 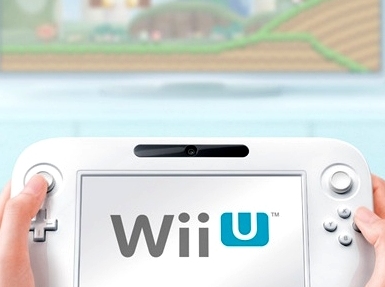 Nintendo do it again with a magical Wii U controller. By offering a motion sensitive window on the game world that you can move around the room all manner of multiplayer possibilities arise, the question is whether they needed a new console as well.

Nintendo came into E3 with the biggest payload in terms of announcements, although probably the most uncertainty as well. With the early flush of 3DS success waining and pressure from both Microsoft's Kinect technology and Sony's Move controller, not to mention the new PlayStation Vita portable system, there was plenty of work to do.

Rather than high impact militarised gameplay with the bass turn up, Nintendo started their E3 conference with orchestral renditions of Zelda music. It couldn't have felt more different to Microsoft and Sony and immediately gave proceeding's a fun summer day in the park feeling. The talk was of time gone by and versions of Zelda that seemed like old friends. "Ah Zelda, it sure brings back memories." was the whimsy filled message from the stage.

If there was any tension and the weight and significance of this moment for the company it was kept very well hidden. Enjoyment and playfulness carried the show forward as they worked towards their big announcement. Super Mario 3DS, Kid Icarus Uprising and Mario Kart, Starfox 64 3D were each rolled out with more detail and modes revealed than previously. Of them all Super Mario was by far the most exciting and original - taking the inventive worlds of Galaxy and fitting them for the 3DS. MarioKart offered more novelties than revolutions, the ability to glide, submarine or monster truck your way round familiar levels was nice if a little familiar.

The 3DS games were rounded off by the announcement of Luigi's Mansion 2 - which belied is second tier status and drew whoops and cheers from the eager crowd. This is a new rendition of the Gamecube's launch title where you explore old run down houses to find and capture ghosts. More than just a 3D version however, this included a number of new mansions and gameplay tailored to the handheld.

Then with great care, and some precisely couched rhetoric, they revealed their new project Wii U. With as much hoop-la from the crowd as on stage the atmosphere was all smiles around the press conference as various coins slowly dropped as to how unusual and fresh the new console promised to be.

The quick headlines are that this is the next generation Wii console which again focuses as much on a new controller as it does on visual horsepower. High definition graphics that looked on a par with PlayStation 3 and 360 were evident but mentioned only in passing. In fact such was the focus on the new controller that for a while I thought this might just be a Wii peripheral.

The Wii U controller looks a little like the uDraw tablet from THQ, but is smaller and thinner and provides a screen and full complement of buttons. Gameplay on the screen looks high def and the unit itself fits comfortably in your hands. Two ledges on the rear are designed to make it easier to hold up as you frequently do to look "through" -- something I'll explain below.

The simplest and most compelling example is Wii-Sports Golf on the Wii U.

As a series of gameplay experiences were demonstrated a picture started to emerge of exactly what the new controller meant for the system. Much of the gameplay innovation comes from Nintendo's version of the PSP's Remote Play feature. This means you can play your Wii U games on the controller screen instead of the TV. The console simply beams the image to your handset anywhere in the house to leave the TV free.

This is taken a step further when the controller screen is used in conjunction with the main screen. While the main action continues on the big screen in front of you the controller can offer an alternative view of the game world from any number of different angles in the space you are playing.

This creates the sense that the gaming arena extends into the room and you can look around it by holding the controller up as if it was a window into that space. Want to see what's above your head, or to your left or right, simply hold up the controller in that direction and you can instantly see what's there on the screen. Like the 3DS's movement aiming in Zelda and Silent Scope the Wii U controller offers that same ability to look around the game by simply moving it.

The simplest and most compelling example is Wii-Sports Golf on the Wii U. Here the player puts the Wii U controller on the ground in front of them and it displays the ball, ground and lie, ready for them to hit it. Using a Wii-mote they then hit the ball in the usual fashion and watch their club swing through the Wii U screen and send the ball flying onto the TV. It was a simple demonstration that was quite magical to watch.

This brings us to the Wii U's relationship to the Wii. Although you can only use the Wii U controller on the new console, you can still use your existing Wii-motes, Nun-chucks and Balance Board. This combination of old and new control enables the Wii U to circumvent the need for more than one Wii U controller. I imagine that this is essential to keep the cost down for the consumer, which will be a key factor for its success - as will avoiding the criticism that the Wii has been too quickly superceded.

As with the 3DS it is also easy to miss the other part of the headline here -- the part that Nintendo aren't pushing very hard. In the same way that the 3DS is not only a 3D DS, but a total graphical upgrade, the Wii U is a substantial step forward in visual fidelity from what we are used to on the Wii. Some of the videos on show looked like pre-rendered scenes, but were actually running in real time with a quality easily on a par with the 360 and PS3.

The concerns of price and sustainability may have some grounds, but I think the real challenge for Nintendo here is convincing consumers that this needed to be a whole new console rather than just a new controller. The danger is that it is seen as something of a Trojan horse to get a more powerful hardware into living rooms to regain a slice of the media and gaming market they lost in favour of casual gamers on the Wii.

That said, in terms of positioning it looks like another strong play from Nintendo. The Wii U not only steals much of Sony's thunder (of blurring the lines between portable and console gaming) by creating something that actually combines the two but they have also taken a under-utilised PSP Remote Play feature and made it a central part of their new experience.

I'm as impressed by Nintendo's ability to surprise and innovate as I am by the console itself.

There are a lot of pieces of the puzzle still to be fleshed out, and much of what was on show were sample experiences rather than finished games, but the announcement had the same feel as the original Wii news five years ago.

Playing a game of hide and seek with where the hiding player has their own map of those seeking to let them keep out of sight, and the four seekers use a Wii-mote and split screen view on the TV to do their hunting is both simple and addictive. Just as addictive is the game where two players use Wii-motes to hide in a cityscape while a third player uses the Wii U controller to pilot an aircraft and hunt down the players on the ground.

The games I tried on reminded me more of playground games or laser tag experiences than a videogame and I really liked that. Extending the game world into the room around you sounds like marketing spin I know, but it is actually a pretty accurate description of what the Wii U controller achieves. If you've played Zelda Ocarina of Time or Steel Diver on the 3DS you will know how instinctive this sort of targeting is.

Now the dust has started to settle and I've had some more time on the console it's clear to see some real strengths in this approach. While I would have liked the option to use the Wii U controller on my existing Wii, I can also see the sense in making a leap to HD at the same time. With the promise of games like Batman Arkham City, Ghost Recon and a host of EA titles Wii U is certainly a boundary breaking proposition.

I think I'm as impressed by Nintendo's ability to surprise and innovate as I am by the console itself. On first blush it looks like they've done it again, but this time there really is something for everyone hardcore gamers included. As Reggie said on stage "and everyone is a lot of people".

You can support Andy by buying E3 Nintendo Wii U