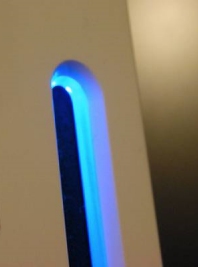 The next Wii will no doubt headline some surprising technology, but like the 3DS it's consolidation of interactions, connectivity and visual technology will be the more important story.

Update: With the announcement of the next Wii getting closer more information is slowly leaking out. The most recent have been the possible box shots of what looks to be called the Nintendo Stream (ed: or the less believable Wii Stream). This concept delivers what I describe below and leverages a screen on each controller. More surprising are the rumours that it may be available as soon as October.

The original Wii was announced to a slightly perplexed world in 2005, but (love it or hate it) over the coming years it won respect and interest from not only gamers but the wider public.

At the time I was impressed that Nintendo were following through on the rhetoric that they had started around the launch of the Gamecube - that engaging and enjoyable games were dependant on interaction rather than graphical horsepower.

Many criticised the Wii for languishing a generation behind both the 360 and PS3 in terms of visuals. But by side-stepping the desire to impress players with ever more realistic visuals they created a platform where interaction and playability were front and centre.

The real challenge for Nintendo is now on the table though: how to follow up this initial success. Once a disruptive technology has been adopted by other manufacturers, how should they extend their ethos into a subsequent generations of consoles.

Recently there has been plenty of speculation about the Wii 2 or Wii HD. The expectations are that Nintendo will announce a beefed up Wii before the year is out, and maybe even at the E3 videogame conference in early June.

These rumours have intensified in the run-up to the LA based videogame show where Nintendo have confirmed they will have a playable unit. The new console, which is often referred to by its codename Project Cafe (some will remember the original Wii being called the Revolution), is expected to have increased Flash memory storage rather than a hard drive like the PlayStation 3 and 360. Other sources have also suggested that it will use SD cards, similar to the Wii, DSi and 3DS and offer a propriety disc format (rather than Blu-ray) that will hold 25GB of data.

This conjecture is rounded off by the expectation that the new console will offer the much lauded High Definition output of either 1080i or 1080p (although now this should probably be called Standard Definition as it has been adopted by most visual technology).

What is more likely, is something a little less predictable.

All this seems a little at odds with Nintendo's more disruptive approach to videogame development. While hardcore gamers are calling for simply a more powerful version of what they have already got (effectively turning the Wii into a PS3 or 360 with waggle), what is more likely however, is something a little less predictable. The next Wii will doubtless offer improved graphics and 3D HD output, but I don't think that will be the headline. Nintendo will want a more revolutionary hook to hang their next console on.

This is likely to focus on interactivity and connectivity rather than graphics and sound. To that end I think there will be more work done on the controller.

Nintendo will want to consolidate the existing MotionPlus technology, and likely match innovations elsewhere -- here I am thinking a wireless Nun-chuck that also has a vibration feature is a shoe-in.

Trans-platform experiences can be substantially extended.

Beyond this they need to bring across innovations from the 3DS. Some of these are quite obvious, like the inclusion on an analogue stick on both Nun-chuck and Wii-mote, but others are less so. For instance, I think it is likely that we will see a camera incorporated into the Wii-mote to enable a variety augmented reality games and new interactions elsewhere. This will also enable the enhanced Mii Maker tools that work from a picture of the person being created.

Fig 1. Evolution of the Wii controller.

It's also likely that they will include a microphone in the controller (to complement Wii-Speak functionality), as well as an enhanced speaker. This opens the door to a variety of new gameplay techniques and closes the gap between the DS and Wii's functionality. Some sources have speculated about the inclusion of a touch screen on the new Wii controller, this again would offer an interesting new way to interact with the console itself and other players if you took the controller out with you.

Another big area they will be pushing is connectivity, both between the Wii 2 and other Nintendo devices but also between Wii 2 consoles themselves. On the ground, one obvious extension of the Virtual Console feature on the Wii and 3DS seems to be a return of the Gameboy Player, although here it would be called the Virtual Player. This would provide a Wii channel that connected to your 3DS or DS and enabled you to play DS games on your TV.

This connectivity may even be as explicit as a physical docking station for the 3DS being incorporated into the Wii 2 hardware. Games like Final Fantasy Crystal Chronicles and Batman The Bold and The Brave, and even Zelda Four Swords on the Gamecube have demonstrated how compelling these trans-platform experiences can be, and by more closely tying console and handheld these possibilities are substantially extended.

You have a number of reasons to keep your controller with you at all times.

Connectivity between Wii 2 consoles is likely to pick up on the success of the StreetPass feature on the 3DS. Here though, the controller would be all you'd need to take with you to exchange data with friends and passers by on the street, just like you do with your 3DS currently. This would also mean that you could take a controller to a friend's house and play their Wii with all your player data, save files and awards travelling with you. Add to that the prospect of a camera and pedometer included in the same housing and you have a number of reasons to keep your controller with you at all times.

The final piece of the Wii 2 HD puzzle is Nintendo's increased openness and cooperation with third parties. As we have seen on the 3DS, they are likely to be much more successful at creating an environment where publishers and developers want to see their games.

All these small pieces may not sound like they add up to much, but together they represent a substantial next step for the Wii. Undoubtedly the new Wii console will be backward compatible (although Gamecube support will probably be dropped) and for the next few years at least be talk of in terms of an alternative rather than replacement for the Wii.

As long as they stay true to their focus on interaction I'll be coming along for the ride.

But what this picture is lacking is that one hook on which Nintendo can market all of this. Increased connectivity and interactivity alone are unlikely to be enough. I suspect that some new controller technology will fill this need, and possibly something along the lines of incorporating a touch screen somewhere (really completing the DS-Wii synergy). But this is where my guesswork really has to draw the line and admit that Nintendo is likely to surprise us when they announce the new console this year.

For me, as long as they stay true to their focus on interaction rather than realistic graphics I'll be coming along for the ride.

You can support Andy by buying Wii 2 Nintendo Stream HD