Fitness on PS3 Move and 360 Kinect 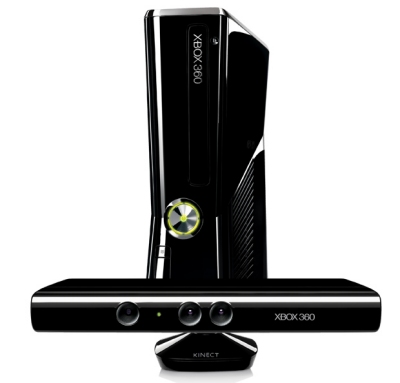 Kinect and Move join the Wii in motion gaming. As with Nintendo, it will be the games that make all the difference to both the success and popularity of this new technology.

2010's E3 has been one of the most important for several years. Microsoft and Sony finally debuting Kinect and Move, their respective motion based control systems. It is clearly going to be an interesting year for games in general.

For the world of exercise gaming the effect of having good motion controls on all the main consoles has the potential to really shake things up. In Exergaming, movement is not just a nice gimmick, it's the entire point. With that in mind I thought it would be a good moment to take a look at what we have to look forward to later this year.

Move is better at detecting fine motion than the Wii, and the EyeToy camera allows a certain amount of body and face tracking.

Playstation Move is actually three items, the EyeToy camera, which has been around for some years, the Move Controller which is a bit like a Wii-mote with a light-up pin-pong ball on the end, and the Navigation Controller which has a thumb stick and buttons like the Wii Nun-chuck.

These combine to provide a PS3 interface that is not a million miles away from the Wii. However reports and demonstrations indicate that Move is better at detecting fine motion than the Wii, and the EyeToy camera allows a certain amount of body and face tracking.

So far no specialist fitness games have been announced for Move but that is probably just a matter of time. In the meantime there will be the usual sports games, such as bowling and table-tennis to get you up and moving.

More interestingly, SingStar Dance will add dancing to the venerable karaoke game. Now you will be able to pull off dance moves while massacring the tune at the same time. It won't replace your morning workout, but it should make for an evening of active family entertainment.

Microsoft's Kinect is much more interesting from an exercise gaming perspective.

Microsoft's Kinect is much more interesting from an exercise gaming perspective. It will be able to monitor your movements in detail, allowing games to accurately track your exercise in a way that's not been possible in the past.

UbiSoft attempted to use movement tracking in an exercise game with Your Shape for the Wii, but the results were mediocre. The concept was good but the technology wasn't up to it, resulting in frustration as it failed to recognise your movements reliably in all but perfect environments. If Microsoft's claims about the accuracy of Kinect turn out to be realistic then the XBox 360 may just become the best platform for fitness games.

UbiSoft are investing heavily in a Kinect enabled based of Your Shape - Fitness Evolved, due for release in the Autumn. The extra feedback and fidelity of monitoring will move Your Shape from interesting-but-flawed to being a genuinely useful fitness game.

The second Kinect fitness game slated for release later this year is The Biggest Loser: Ultimate Workout. Details are non-existent at the moment, but the original Biggest Loser Wii game, while lacking some of the polish of Wii-Fit and EA Sports Active, is definitely one of the better fitness games with good execution and a lot of extra lifestyle information and advice packed in. If it can find a way to differentiate itself from the pack then we could have another contender.

The third and final fitness game to support Kinect, and the elephant in the gym at E3, is the now multi-platform EA Sports Active 2.0. This eagerly awaited sequel to EA Sport's Wii-only competitor to Wii-Fit, will be simultaneously available on all three consoles in November. On the Wii EA are doing away with the Wii-mote, Nun-chuck and Balance Board, and are not even bothering with Move on the Playstation. Instead they have developed their own controllers, consisting of a leg strap and two wrist straps (complete with heart monitor) which will give you completely free range of motion, an empty pair of hands so you can use free-weights, and no annoying cables.

Interestingly though, on the XBox 360 with Kinect things will get even better, you only need one wrist strap to monitor your pulse; everything else will be done with Kinect's motion capture technology. As well as reducing the number of straps, Kinect will provide direct one-to-one mapping between your movements and those of your avatar on the scree, rather than inferring them indirectly from the sensor. So your movements will be reflected much more accurately on-screen, possibly improving immersion and making the whole thing a lot slicker.

It is going to be interesting to see how much of a difference Kinect really makes.

Microsoft's Kinect for the XBox, if it lives up to the hype, is certainly the most interesting development in fitness gaming since the release of Wii-Fit. However it is going to be interesting to see how much of a difference Kinect really makes. EA Sports Active looks like it will be the perfect opportunity to see if motion tracking is useful, or just a gimmick.