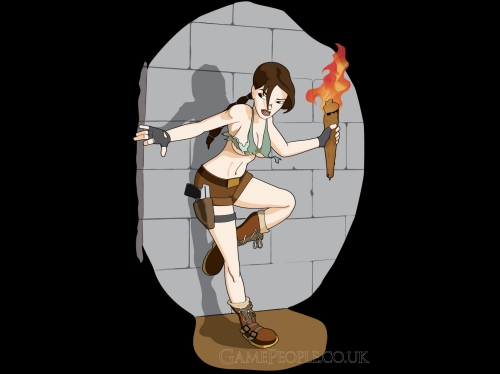 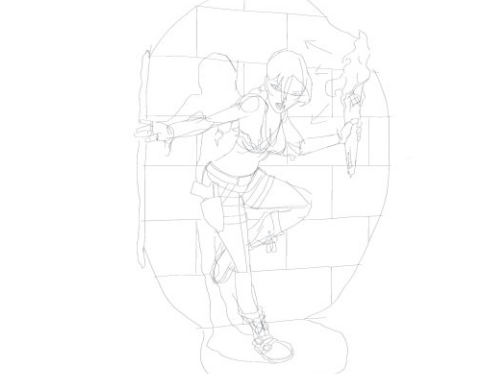 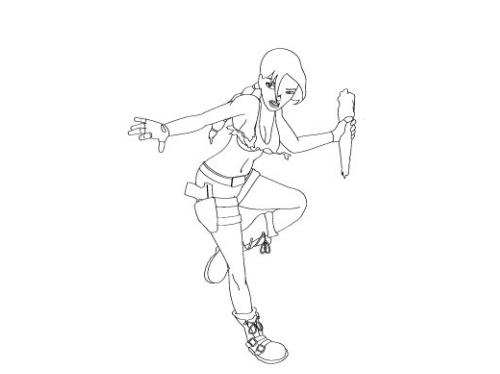 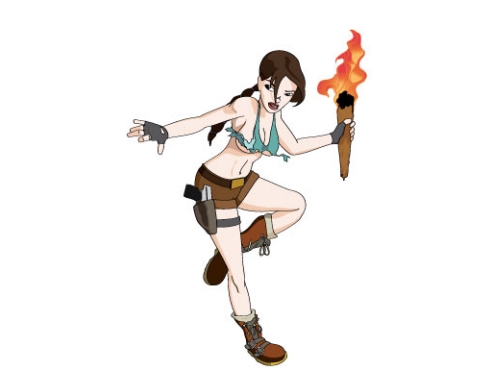 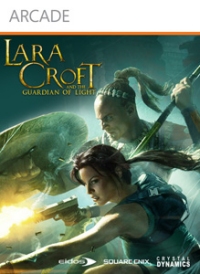 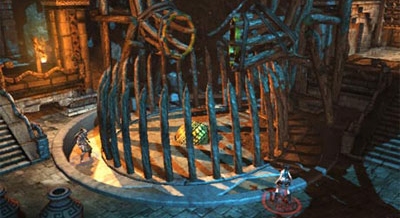 Lara Croft and the Guardian of Light is a great change of pace from the recent flood of side-scrolling brawlers available on the PSN. It plays more like a full-length game than something you'd expect to find in the ten-dollar bin at your local PlayStation Store.

Moving Lara through ancient temple mazes by running, climbing, jumping and grappling feels fluid. It's nice to not be constantly distracted with a nonsensical controller layout. Especially impressive is the method for using your arsenal. Using your right-analog stick to aim adds another layer of comfortable intuition to the controls.

The simplicity made me appreciate Lara's character design and how iconic a figure she is. So I put together these pictures that uncover her construction. Kind of ironic on the eve of a brand New Lara Croft being revealed.

The multiplayer was just as seemless as the singleplayer. Co-op playing with a teammate becomes fun and enhancing to the game experience, rather than cumbersome and stressful.

I had initially set out to play the game on Normal, but restarted after a few encounters when I was feeling underwhelmed. Unfortunately, Hard mode wasn't very challenging either though. I can't decide if the difficulty is too short-sighted or if the intuitive controls were just that effective. The bosses were reliably one-dimensional, and the grunts were easy to avoid and keep at a safe distance.

My one and only complaint is that the bad guys aren't good enough at killing you. Outside of that, the graphics are great, the puzzles are satisfying, the loot is motivating, and the action is smooth. It's a perfectly simple yet complete gaming experience. If you're bored with the XBLA selection this could be the slump breaker you've been waiting for.