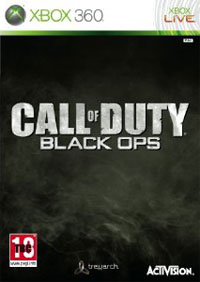 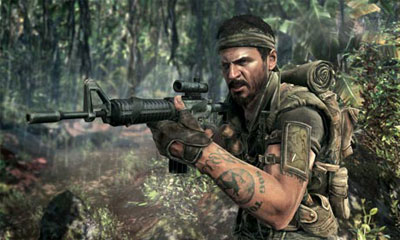 Call of Duty: Black Ops takes us on a darker journey into the Cold War. It traverses the Thatcher-Regan era as you fight with Black Ops soldiers through Vietnamese jungles to the snowy Ural mountains. Of course there's more of the standard-setting multiplayer, but this is now joined by 4-player online and 2-player local co-op and a fully featured Wii version.

With Modern Warfare and Call of Duty now two separate franchises, Black Ops follows up World at War in some style. This time we are plunged deep into the mysteries of the Cold War as we find plenty to fuel varied and impressive gameplay. A huge variety of scenarios means dramatic environments - from the jungles of Vietnam to secret Russian bases. Thanks to the time period we'll also be able to customise weapons to a degree never experienced before, both in the single player campaign and popular multiplayer modes.

Impressively a full Wii version joins the PC, Xbox 360 and PS3 releases - not to mention the diminuative DS version. On the big consoles Black Ops also includes 4-player campaign co-op with split-screen co-op for multiplayer on the same console. The standard-setting multiplayer for 16-players has new rules for kill-streaks and now includes dedicated servers for the PC.

These additions reflect the developer’s commitment to extending Call of Duty's dominance in light of the soon-to-return Medal of Honour series. The setting, multiplayer and full Wii version should set the pace this year when they hit shelves 7th November 2010.

You can support Paul by buying Call of Duty Black Ops