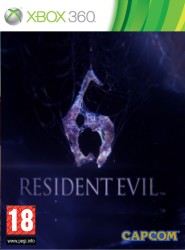 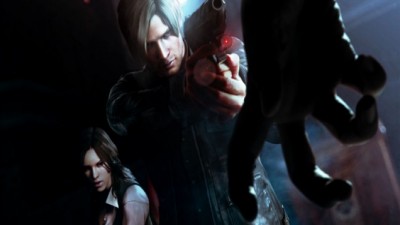 Resident Evil 6 has been released on 360 and been provided for us to preview/review by the publisher.

Resident Evil 6 has been announced for PS3 and Xbox 360 but with no firm word on co-operative gameplay. However, after the negative backlash from the previous game, it seems to have learned its lesson with a strong story and wide ranging locations.

Resident Evil 6 will see the return of Leon, master zombie killer and expert H-from-Steps lookalike (that last one might just be my opinion). Joining him will be Chris from Resi 5 and a range of other characters. It's hard to say at this early point, but it certainly looks like the story will be tying together different strands of the series and will be told through from the perspective of multiple characters. If that is the case, then a multi-hero narrative could lead to one of the most exciting Resident Evil stories yet.

Also getting back on track from the tangent that Resident Evil has been on, Resident Evil 6 will see the return of not proper zombies, as well as an overturned US town highly reminiscent of Raccoon City from the first game which has loads of dark settings and atmosphere.

The pace of the action looks to be more slick as well, learning from the sluggish pace which has afflicted other titles in the series. In the trailer I saw, it looked very much like one of the characters engaging in Batman: Arkham City-style group fighting amid a mass of zombies.

There's no confirmation yet of whether the co-operative gameplay will return as well. The ability to play the entire game in co-op with a local or online partner was the one feature which made Resident Evil 5 worth playing. Hopefully, co-op play will be possible in Resident Evil 6 as well.

Resident Evil 6 is currently planned for release on the Playstation 3 and Xbox 360 on November 20th 2012.


You can support Paul by buying Resident Evil 6