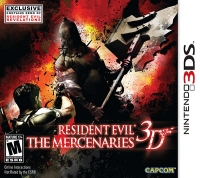 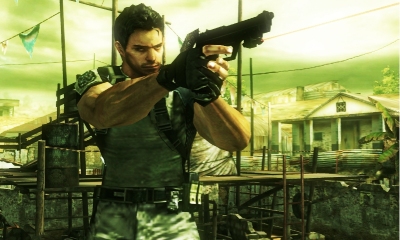 But more than the first 3D or portable version of Resident Evil - Resident Evil Revelations (3DS) will follow later - it is the ability to run and shoot that promises to be most controversial here - the series has famously restrained players from doing both simultaneously for years.

Mercenaries mirrors the recent popularity of zombie wave attack games (Undead Nightmare (360), Gears of War (360) Horde mode and Halo Reach (360) Firefight mode). To survive you simply have to kill the plodding onslaught of zombies in the allotted time.

The release takes an often overlooked bonus mode and builds it into a full game. Different characters and weapons combine to let you tackle the game in your own way. As you progress you can also level up their skills and abilities. You can also team up with other 3DS players via a multiplayer mode.

Resident Evil: The Mercenaries 3D has no official release date, but is expected in 2011.

You can support Paul by buying Resident Evil The Mercenaries 3D