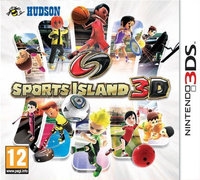 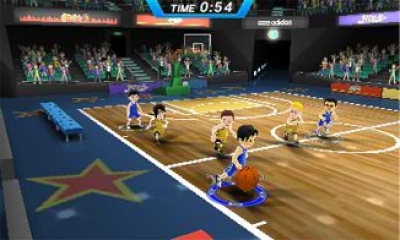 Sports Island brings its sporting minigames to the 3DS. But it will be motion controls, more than 3D visuals, that make or break this game.

Sports Island 3D makes its way to the 3DS to join Sport Island Freedom (360 Kinect) and Sport Island 3 (Wii MotionPlus). The question will be whether the game extends beyond a 3D re-rendering of previous versions or if it will embrace the motion sensing aspects of Nintendo's new console.

Sports Island titles may look like a cheap Wii-Sports imitation, but through their five year history have delivered an impressive range of motion controlled sporting activities. In amongst the more familiar games have been some stand out experiences - Badminton on the Wii, Paintballing on Kinect.

While other 3DS games, and even Nintendo's first party titles, have steered clear of investing in multiplayer options (with the exception of Street Fighter IV) Sports Island 3D enables four players to compete against each other locally. I'm still looking into whether there will also be online multiplayer, and how the single player campaign will be structured.

Either way, Sports Island 3D looks like another strong 3DS title, and will be released later in 2011.

You can support Paul by buying Sports Island 3D