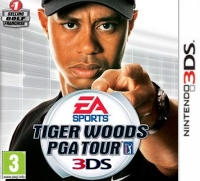 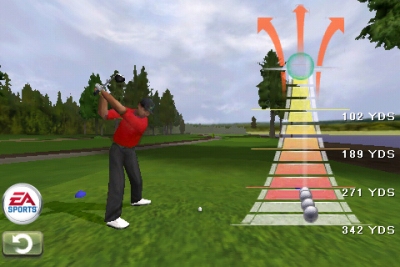 EA holds off on Tiger Woods 3DS after slow sales of their DS Tiger Woods games. However, a streamlined Wii to 3DS conversion process and a growing install base mean that we will very likely see Tiger Woods 13 on 3DS.

With games like Lego Star Wars III (3DS) and Madden (3DS) coming across from the Wii to the 3DS it is only a matter of time before Tiger Woods lands on the platform.

After struggling to find a Tiger Woods audience on the DS (only 2005 and 2008 versions were released on the system) EA are taking a more cautious approach than they have with Madden - which gets a launch day release.

Analysis of their DS, PSP and iPhone portable releases reveals that we are likely to see Tiger Woods 13 on 3DS. By that time, the install base will be sufficient to justify the development. In addition, the expected success of other Wii to 3DS conversion will make the project financially viable.

The risk for EA is that a title like Touch Golf on the DS steals their thunder. That game, that is technically already available on the 3DS via its DSi-ware version, is still the high water mark for handheld golf.

We expect a Tiger Woods 3DS release in March 2012.

You can support Paul by buying Tiger Woods 3D