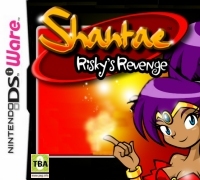 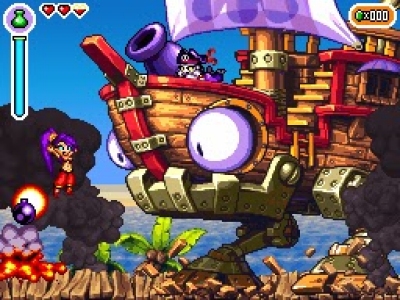 Shantae Risky Revenge DSi-Ware proves how little has changed in 10 years of gaming. Its classic platforming gameplay, exquisite execution and sense of style impress as much today as they did back on the Gameboy in 2002.

It's not very often a much loved Gameboy game gets a second bite of the cherry 10 years later, but that's just what is about to happen when Shantae is released on Friday.

The original game is a best kept secret of retro gamers. It was released right at the end of the life of the Gameboy Colour around the time the Gameboy Advance was released. Despite offering classic platforming gameplay and comely characters it never found the audience it deserved.

Shantae Risky Revenge (DSi-ware) brings back the classic platform gameplay, with a fresh adventure and visual from WayFoward. But what will impress here is more than novelty. This is as in depth as any boxed DS game, with over seven hours of gameplay.

Although I am still very taken by the likes of PopIsland (DSi-Ware), Pulse Pinball (DSi-Ware) and Starship Patrol (DSi-Ware) it really does look like this will easily best those other impressive DSi-Ware titles.

You can support Paul by buying Shantae: Risky's Revenge