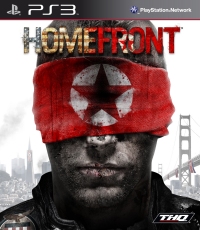 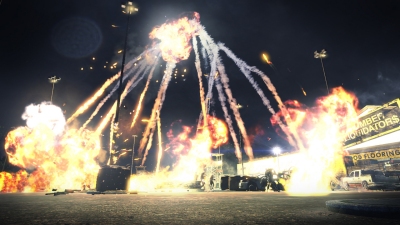 Homefront has been released on PS3 and been provided for us to preview/review by the publisher.

"Homefront 360 but pushes the scope of a first person shooter to its limits. Although wanting to deliver something more grownup, but this dalliance is soon submerged as its high impact pace and inventive gameplay sets the real tone..."
- Multiplayer Gamer (Thu, 10 Mar 2011)

Homefront doesn't impress until you see it first hand. While the rhetoric is as expected, there are moments of visual clarity here that feel both substantial and interesting.

Homefront takes us to 2027 and a world in a spiral of decay after fifteen years of economic meltdown. America is now a fallen superpower trying to resist the Greater Korean Republic.

A somewhat derivative wish list of post apocalyptic futures, but Homefront promises to offer game play that bucks all this. Their focus on character and plot is hoping to create something poignant and engaging.

Interwoven throughout are guerrilla tactics, weaponry, vehicles and drone technology that offer a variety of ways to solve each mission. The singleplayer leads nicely into the online multiplayer as infantry, tanks, helicopters and more of those combat drones do battle across huge battlefields.

You can support Paul by buying Homefront