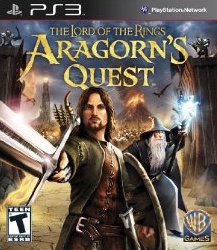 Other GamePeople columnists have reviewed this from their perspective - huh?:
Family Gamer (Wii)
Teen Gamer (DS) 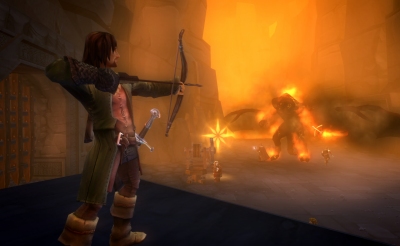 Lord of the Rings: Aragorn's Quest takes us back to Middle Earth in the boots of Aragorn. Although for complex reasons the UK won't see the 360 version at launch, we will be looking in detail at the different versions (PS3, Wii and DS) that each promise a quest reliving the hero's most valiant battles from the trilogy.

Wielding a sword, shield, bow and spear, you battle enemies and journey through a virtual rendition of Middle-earth. You can switch between spear and sword on horseback, taking down evil foes in a truly action-packed game play experience.

Of most interest is the co-operative game play where Gandalf joins Aragorn in his fight. The promise is a chance for children, families and friends to work together in the heart of the action on the PS3 and Wii.

Aragorn's Quests is released in the UK on PS3, Wii and DS on 29th October.

You can support Paul by buying LOTR Aragorn's Quest