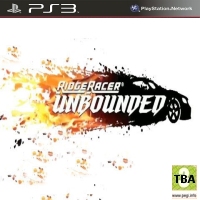 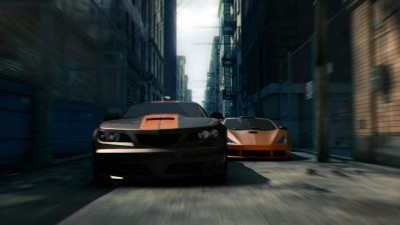 Ridge Racer Unbounded takes Namco Bandai's franchise in a new direction. While fast paced arcade racing is still the focus, the clean drifting and untarnished world is replaced by jostling for position in derelict urban environments.

For a long time the Ridge Racer games stagnated, each new game was the same as the one before. Now it seems Namco Bandai are no longer happy with this status quo and have bought in western developer Bugbear (developers of Flatout) to reinvigorate the franchise with Ridge Racer Unbounded.

Bugbear has taken this reinvention to heart with Ridge Racer Unbounded proving a huge departure. The pristine streets of Ridge City are gone as the action moves to the more realistic and gritty Shatter Bay, where gangs who for supremacy streets. As these gangs race roads slowly fill with the wreckage from damaged cars (a first for the series) and other detritus, making this a more aggressive Ridge Racer experience.

Environments take pivotal roll in Unbounded, with buildings and street furniture all destructible. Another nice (and grittier) touch is that important information is projected on walls in the environment in a similar fashion to Splinter Cell Conviction. It sounds like strange abstraction but actually keeps you closely focused on the action.

With drifting and boosting still clearly present there is also plenty of classic Ridge Racer for fans of the series, but the new setting and aggressive racing really give it a distinct feel from others entries. The question is if making it more like other arcade racers on the market will help or hinder Ridge Racer's distinctive delivery.

Following the announcement of the handheld Ridge Racer 3D, Namco Bandai have announced another new multi-platform entry to the series.

Details are scarce at this stage, but Unbounded should have a very different vibe to Ridge Racer 3D. The focus here is on spectacular crashes and destruction, promising more ferocious, cut-throat racing for adrenaline junkies.

Ridge Racer Unbounded is coming to PS3, Xbox 360 and PC, with no release date yet given.


You can support Paul by buying Ridge Racer Unbounded