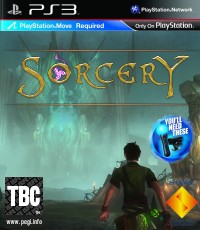 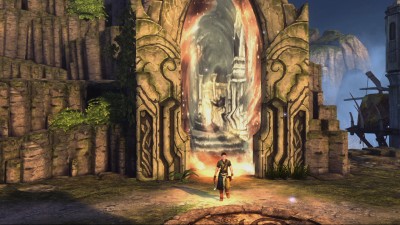 Sorcery promises a Move adventure with more narrative depth than many other offerings, by putting a wand in your hand and inviting you to take on an army of monsters using gesture-based spells.

Outside of the Wii, with the truly excellent Legend of Zelda: Skyward Sword, few other developers have managed to create a traditional adventure tale based around a strong motion-control element. In Sorcery, you will use the move controller as a magic wand and conjure spells using a variety of gestures in what promises to be an epic adventure.

Basic spell gestures can be linked together to form combo attacks, with effects such as freezing and burning. You will also be able to mix potions and solve puzzles using the wand. Sorcery also promises five unique lands to explore as well as a role-playing style development tree for your character.

It's an intriguing prospect and possibly a necessary Sony counter to the spell of Microsoft's Fable: The Journey, which promises to cover similar ground with motion-based spell-casting in a rich fantasy roleplaying world. Side-by-side it will be fascinating to see how much the physical prop of the controller contributes to the feeling of holding a wand.

As a roleplaying adventure, it's perhaps not the most innovative or original plot inspiration, featuring Trolls, Fey, Banshees, an evil Queen and the like. But at least it does offer something fresh with attractive and colourful high fantasy designs and the promise of immersion which the Playstation Move brings.

Sorcery is currently planned for release on the Playstation 3 Move on Spring 2012.


You can support Paul by buying Sorcery