Asphalt Steps up for Round 2 With Ridge Racer 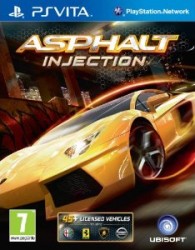 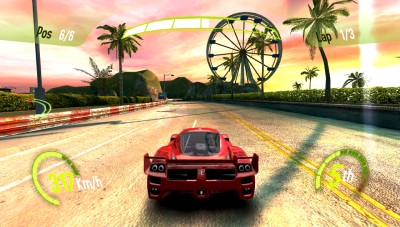 Asphalt: Injection brings the series to the new PS Vita and goes head to head with Ridge Racer once again. This time it could be the favourite.

This isn't the first time the Asphalt series has appeared as a launch title for a handheld console. It was overshadowed in last year's 3DS launch by the far superior Ridge Racer 3D (3DS) and fared poorly with critics and gamers alike.

However, Asphalt: Injection appears to have had an injection of something more inspiring in the last 12 months because this new handheld title looks very promising indeed. It will feature 52 licenced cars and 20 tracks to race on, with 100 different events. It also offers online and local wireless multiplayer alongside the single player campaign.

To add to all this, Asphalt: Injection will feature some touch and gyro controls for the game and well as a promised set of social features which will connect you to the wider racing community on Vita.

Taken in the context of recent news concerning Ridge Racer (Vita)'s three tracks and five cars and rumours of that game's choppy framerate, suddenly Asphalt: Injection looks to be the leader in the pack for the Vita's launch day racing titles. It may not have as big a name, but Asphalt: Injection certainly comes with more promise of good things. I hope it can deliver on its promises.

Asphalt: Injection is currently planned for release on the Playstation Vita on the 22nd February 2012.


You can support Paul by buying Asphalt: Injection