Zombi U Innovates (and Alienates?) 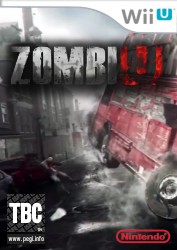 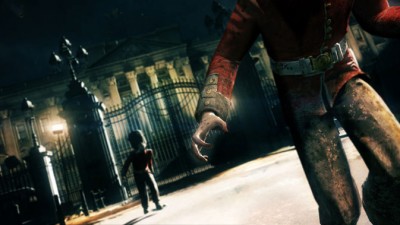 Zombi U harks back to the survival-horror genre and an ambitious attempt to push the Wii U gamepad's new features into a traditional adventure gaming experience. But will it alienate parents from the previously super-safe Wii brand?

Set in London, Zombi U depicts a Zombi outbreak and casts your Wii U gamepad as a prop in the story, acting as the bag which contains your weapons and supplies as well as being a gadget that interacts with the game world.

A highlight of the gamepad's uses for me is the sniper mode, which allows you to hold the pad up to the screen to use the touchpad screen as a rifle scope, or a similar mode which uses the pad as a scanner to detect Zombies behind walls.

In some respects, it feels like a cheap show trick, forcing you to look away from the screen while the horror action continues. But it does make a good effort to simulate how trying to manage equipment and puzzles in the middle of a life-or-death situation might play out. While searching your bag for weapons, the hero's character looks desperately up and down as a Zombie lurches toward him; in the same way, while handling a door panel you are given an over-the-shoulder view on the TV screen to keep an eye on what is happening behind you.

In terms of mixing a traditional mainstream adventure with the features of the new Wii U gamepad, Zombi U is far more ambitious than most of the other titles announced to date. The game features a character persistency idea, in which when you die that character is gone and you inhabit a new individual. The designers see players heading for the last corpse to recover equipment, but to me this sound a little horribly like the time-consuming challenge of Dark Souls (PS3).

Alongside Lego City Undercover (Wii U), Zombi U is one of the more interesting launch titles I've seen so far for the Wii U, even if the Zombie theme is becoming a little tired in gaming circles. As a Brit, I think it will certainly be fun to see London's landmarks torn up in a game for a change.

Zombi U is currently planned for release on the Nintendo Wii U near to the console's launch at the end of 2012.


You can support Paul by buying Zombi U