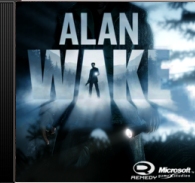 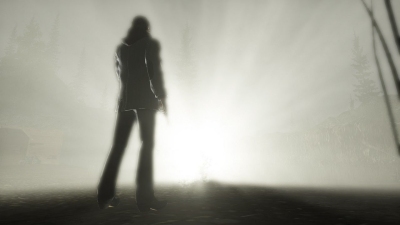 Alan Wake's original score outshines both the game and contemporary soundtrack. Once Alanko's classical work is free from the confines of the 360 it becomes layered and intriguing.

I'm into music and gaming, and in that order. It's why I wanted to write a column on soundtracks rather than just gaming - music has simply had longer to mature as a medium and can elevate play experiences to unexpected heights.

But a really good soundtrack will inevitably overstep this mark. In those moments there is a humbling realisation that next to such moving music games are really only just getting started as an art form.

I was reminded of this listening to the Alan Wake Original Score - not the Alan Wake Soundtrack that is interspersed with modern music, but Petri Alanko's full orchestral landscape. His work is frail and simple next to the machinery of the game. Listening to it, gazing at my game collection on the shelf, they seem limited in their ambition next to something so creative and free.

It's interesting that on the Soundtrack CD and the game itself, Alanko's work has been tempered with tracks from other artists. Maybe it was something that had to be done to marry the deep movements of his score to the staccato chapters of Alan Wake's game play.

Without interruptions though, I can get a feel for what Alanko is building here. Time spent with his delicate descent and careful development plays with my emotions and senses as a variety of themes evoke the game and the wider issues of human life.

A variety of themes both evoke the game and the wider issues of human life.

Opening tracks "Alan Wake", "A Writers Dream" and "Welcome to Bright Falls" signpost the way and mark out musical themes for our onward journey. On one level they tell a classic mystery story as regal strings and piano call to mind a hundred TV dramas that could have used these stanzas.

But threading through this though is the sad knowing viewer of these shows who sees beyond the grandstanding detectives and criminals to the real issues of loss, betrayal and loneliness that underpin these dramas. The piano's chords turn to single minor notes and the strings to solitary violins.

Then crashing into all this comes the striking supernatural horror that denies explanation. Unnatural synthesized discords erupt unexpectedly and send my senses running - the grand and the fragile quickly forgotten.

As the score proceeds with this layered intention, I pass up and down this ladder. "Vacation" scares with unearthly low rumblings and "Cross That River" assaults me with volleys of gathering discords. "Waking up to a Nightmare" returns me to the eerie madness of the half morning and a mystery that unnerves as much as threatens, before with "The Clicker" I'm back in more confident territory of our grand mystery tale.

But it's the Score as a whole I've really fallen for.

It's a package that doesn't fuss or overly signpost, but simply gets on with building the story layer by layer. Even halfway through I realise that I love it.

It's no one thing in particular. "Deerfest" has wonderfully stirring hopeful strings, "Taken by the Night" chills me deeply with piano and "Mirror Peak" fires the adrenalin of full-bodied running through my veins. But it's the Score as a whole I've really fallen for.

By the end of the CD, as "Departed" picks its way through the wreckage of the night and I imagine the credits rolling, everything is quietly left to its own devices as we leave.

It's a moving breathless experience that is so much more compelling to complete than the game. I know the two are very different and probably shouldn't be compared like this, but in the face of such creativity I can't help but blush a little at what I often take for a grown up experience.

You can support Cat by buying Alan Wake Original Score