Batman The Brave and The Bold DS Review

Batman The Brave and The Bold DS 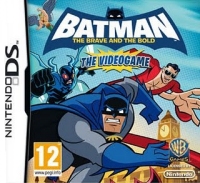 Further reading:
Batman The Brave and The Bold Wii 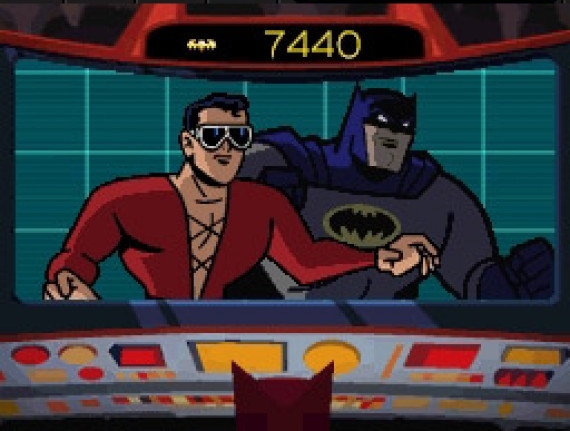 Batman The Brave and The Bold is intense fun that is over a bit quick. But with the collectibles and link-up Wii play there is still enough here to keep you playing for quite some time.

Batman is pretty cool. I know the old Saturday morning shows are a little dated, but I still like watching Batman and Robin get their "Kablam" on. Batman The Brave and The Bold takes these shows and turns them into a neat little DS game.

It's just for one player although you can switch between different Batman characters at any time. These allies changes with each level and have their own special abilities - usually used to get past particular obstacles. Plastic man can makes his hands into mallets to smash walls and Red Tornado can hover over gaps. Aquaman can call on a big fish to attack enemies.

I died a lot at first - I always do - so it was nice that the game never puts you back very far. I could usually pick up pretty much where I left off.

As you get better at the game you build up a collection of bat signs. These can be used to upgrade powers and armour as well as buy eccentric weapons in the Batcave. Batarangs offer an electric shock, force fields and Batman's utility belt has a load of different items.

My Dad got quite into the game as well.

I don't finish many games, so I was a bit surprised when Batman The Brave and The Bold was over after three hours. It had been an exciting game - probably why it went so quickly - but I wanted it to last a little longer.

But then I realised that I could hook up my DS to the Batman The Brave and The Bold Wii game, which we have as well. My two older brothers were already playing through the Wii game together, and I could use my DS to play as Batmite and drop power-ups for them and bomb the enemies. They thought it looked boring, but I actually quite enjoyed it - once I realised you need to go to the Batcave to link the DS and Wii up.

My two older brothers were already playing through the Wii game together, and I could use my DS to play as Batmite.

My Dad got quite into the game as well. He's played the other Batman games on the 360, that I'm not allowed to play, but still seemed to enjoy playing along on The Brave and The Bold as well. In fact I found him playing it late one evening when I had popped downstairs for a drink, so it must be good.

Although it is a little short, I really liked the style and different heroes in The Brave and The Bold. There's still seems a lot to go back and do, so I think I'll be playing it through again. That and linking up to the Wii makes it a game I'd recommend to anyone.