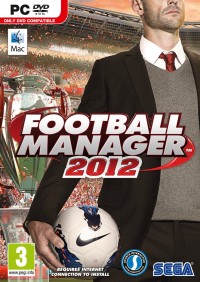 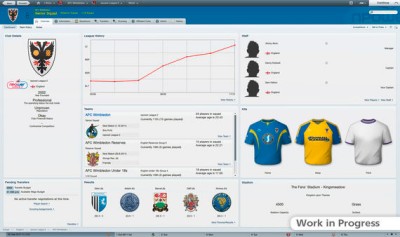 Football Manager 2012 offers a good chance to put your money where your mouth is when it comes to managing a football team yourself. We could all do it better, right?

Me and my friends are quite bad armchair pundits. When our teams lose it's easy to feel that it's the stuff off the pitch that have contributed to the result and we've always got our opinions on how the manager or coach should be doing things differently. Other Football games like FIFA 12 give you the chance to put your own performance onto the pitch - which is exciting - but it seems like a cheat when so often the real players are under-performing for a range of reasons.

Football Manager 2012 is great because you can see the whole picture - everything that comes into play for a club and see how they impact upon on the pitch. There's so much going on here, from transfer deals and budgets right down to more peripheral elements like talking to the press or even giving an individual player a personal talking-to. Without being able to actually perform on the pitch myself, I found I had to be more mindful of the things that impact upon the players.

Even without having to manage the money there is a barrage of challenges constantly keeping the team from performing at their ideal best. Injuries, aggressive transfer offers and individual personalities all come in to play. However, I found that rather than these being an irritation, working around these issues and still managing to coax the team into a League win on a Saturday afternoon was all the more satisfying.

Football Manager isn't as attractive as other football games.

I don't really play games on the PC very much, apart from a few things on Facebook so it felt a little odd playing Football Manager on the computer. Mostly I play with my friends either round someone's house or online. But, what attracted me to it was the chance to carefully manage my own favourite team and see if I could turn their fortunes around in the League.

Football Manager isn't as attractive as other football games. The 3D matches are pretty good and give a good impression of a real match, but it doesn't look as big budget as FIFA 12 or Pro Evo. It also lacks the voice over commentary that would really make me feel like I was watching the match on television. However, given that the game seems to cover league sides for most of the world's countries (I haven't even begun to scratch the surface of the options available) I can understand why it would be impossible to provide meaningful audio commentary.

Graphics aside, though, I still thought the layout was a bit complicated. I often got a bit lost in the menus. I quite like the way the game simulates receiving emails and real-life things like that - I almost feel like I'd like the game to go a step further and actually present itself as a PC desktop with different programs for each part of managing the club, like spreadsheets and schedules. That would be pretty cool.

It's the wealth of real-world teams, players, details and images that really made me feel like I was taking charge of the team at the beginning of the season. Local friendlies and scouting events all seem very realistic. Every now and again I hear a funny story about a guy who's good at Football Manager applying for a job at a major team. But, it's easy to see why: The complexity of managing emails, budgets, training, transfers and even pitch-side strategy has been put into a game form so successfully.

I'd definitely recommend Football Manager 2012 to anyone who wants to put their coaching opinions to the test.

There's so much different stuff to get involved in. In my first attempt I found it really helpful to keep checking what the assistant manager was recommending, so that I didn't have to learn too much too quickly. But I soon found I could trust my instincts pretty well and Football Manager 2012 has opened my eyes to the complexity of the world of professional football management. I understand now why failing players can't just be sacked and why sometimes a supportive approach can still net good results. I still find it outrageous to scrape a 1-1 draw against a non-league club and I have to bite my tongue in the post-match talk.

I'd definitely recommend Football Manager 2012 to anyone who wants to put their coaching opinions to the test. As a game it's probably not that exciting if you're not passionate about your football; but, if you are, there isn't anything that will get you closer. At the end of the day, it's still a game, but it's the most detailed game I've seen in a long time. It's certainly put a few arguments to bed between me and my friends.

You can support Rowan by buying Football Manager 2012