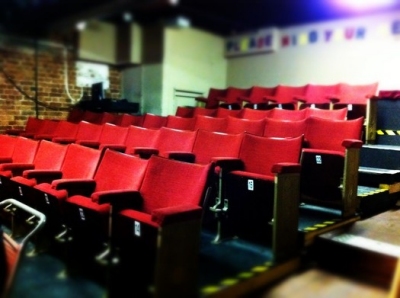 Live videogame review show being filmed in Exeter theatre. A combination of videogame themed standup comedy, radioplays and songs offer an unusual (to say the least) hour of entertainment.

For the last five years the Game People videogame review website has been working with various artists to create unusual and creative responses to videogames. On 11th April at 12-1pm in The Bike Shed theatre we are unveiling our first public performance of these reviews. Tickets available for GBP5 each in limited numbers, 57 to be precise.

Join us for a unique opportunity to engage with videogames in an unusual and, we hope, entertaining way. Tickets are available for GBP 5.00 from Bike Shed Theatre website.

Adam Moran and Nick Kenchington performs three videogame comedy sketches. As Adam puts it "What happens when you cross a piece of theatre with a game review? Something quite interesting, and a little bit nuts. My two imaginary reviewers, Fred and Bob, offer an unique (and slightly argumentative) insight into the world of videogames."

Rebecca Mayes performs two of her videogame songs. As she puts it "I am inspired by that edge where two distant and separate things meet. What I am interested in is the collision of my own creative world with the creativity of the gaming world. There is something about the gaming wonderland which challenges my understanding of what constitutes beautiful art. It's tempting to be something of a purist when it comes to art, and particularly my own art of creating music, but recently notions of possibility and process have been more important to me than clear-cut, polished beauty."

Chris Jarvis performs two of his videogame radio-plays. As he puts it "Traditional game reviewing tends to get caught up with obsession over graphics and control, without being able to explore their more intangible aspects. My radioplays I uncover my response to videogames that are hard to express through traditional criticism. Short stories express a message, whether that's through satire, homage or even as a parable and I've learned that analogies can be extremely powerful." 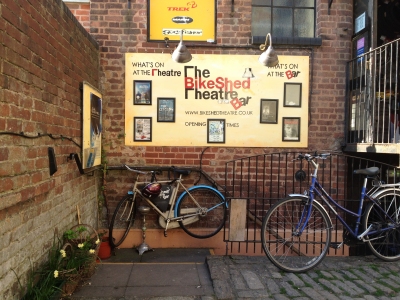 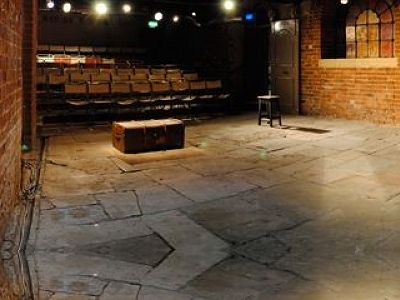 The show offers a creative response to the following games:

Justin McElroy: "I really wish I was near Exeter to see this: Video game reviews mounted as theatrical productions: http://bit.ly/H3Cj3C

Game City: Our friends @Game_People are hosting a night of theatre next month, which we're rather excited about. Details http://t.co/GF5cYspm