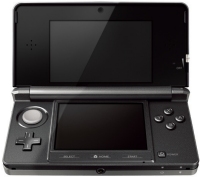 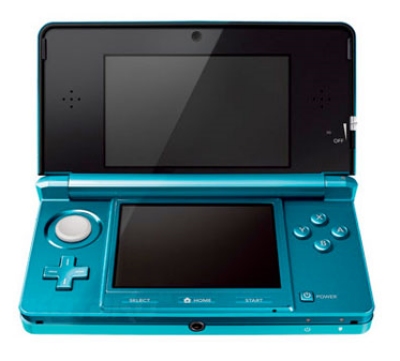 The 3DS sets right a legacy of iterative wrongs. It returns the DS to its 2005 promise of revolutionising portable gaming.

Living in a family awash with Nintendo hardware, makes a new clamshell gaming product significant and exciting for me. But having been stung with a string of attractive yet largely unimproved updates to the DS lineup (DSlite and DSXL both adding little to the existing functions) I'm a little more cautious.

The DSi eventually delivered more than I first expected - with some of my favourite games on the system now being DSi-ware (Starship Defence and Pulse Pinball). But it also took away the GBA slot, something I've still not really got over.

The 3DS console is happily more than just an iterative change though. In what may have originally been called the DS3 (after the original DS and DSi took the first two spots in the series), we have a genuine next generation in Nintendo handheld gaming.

It's unusual for Nintendo to put the leg work in to get third party support for their products - even years after release never mind at launch. But perhaps they are turning over a new leaf as the 3DS has an impressive catalogue from the off.

I was also heartened to learn that you can transfer DSi-ware purchases from the DSi to the 3DS. If Nintendo are giving up an opportunity to make us buy our favourite games again, this must have been really high on the to do list. Our family has heavily invest here, and without this feature we would have had to think twice about trading in our DSi.

Extending the games library further, the 3DS offers a portable version of the Wii's Virtual Console. That so many reporters assumed this would enable you to download GBA games on the 3DS is testament to how much the missing slot still burns. What we have on offer at launch is the ability to download full perfect versions of original Gameboy and Gameboy Colour games. This of course doesn't rule out the addition of other systems at a later date - the Wii's Virtual Console added support for a number of new machines after it was released.

It's only those people that grew up with the original Gameboy that will be aware just how rich a back catalogue is on offer there. In fact, it sounds a bit worthy I know, but my favourite (and most played) tennis game is Top Ranking Tennis on the Gameboy. And I still go back and play it now.

But as with any new system, it is the potential of the hardware, rather than the launch titles that will define it. It's good that even without being wowed by the 3D there is plenty else to consider.

The top screen is now wider and offers an equivalent HD resolution (for its size) of 800x240. It looks a little lop sided compared to the balanced DSi, and introduces a challenge for games to transition both screens smoothly. But this wide screen format offers greater support of HD movie and TV watching without the need to letterbox or crop. The prospect of 3D HD movies on the 3DS makes it worth the compromise I think.

Most will already know about the glasses-free 3D feature already. Without having hands on the system it is hard to really take in just how effective this is. The interest here though, is how well they can integrate it into other 3DS features and controls - like the camera and motions sensors.

Alongside this, the 3DS offers the same sort of inputs as the original DS - microphone, touch screen and buttons. But it doesn't end here, there are a number of new ways to interact with games on the 3DS that build on Nintendo's experience with the Wii.

The system has built-in accelerometers like the original Wii-mote so it knows how fast it's moving in a particular direction. This combines with a gyroscope, as in the MotionPlus controls, to determine the orientation of the device. 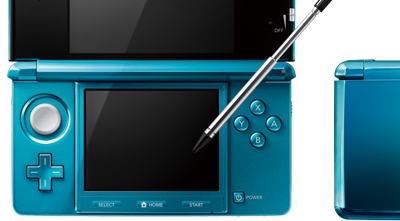 Games like Warioware Twisted which because of their expensive proprietary motion sensors never quite made it to the UK, will now be easy and cheaper to make.

Following on the success of games like Pokemon HeartGold/SoulSilver and it's step tracking, the 3DS incorporates a pedometer function that not only records your steps but gives you graphs and stats about your day's activities.

There are three cameras on the system. This might seem overkill at first but this not only enables you to take and view 3D pictures, but also turns the unit into a portable sensor bar. Drop a reference card on the table, and it can use this to create a game where you move the 3DS around to shoot at things that look like they exist in real world - augmenting reality with gaming. 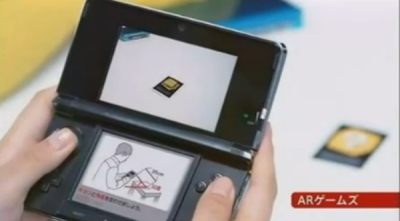 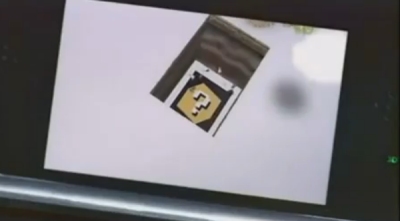 This enables the device to orient itself with other objects in the room. This gives the device a sense of depth, as with PS3's Move, to let players zoom in on a particular location for an in-game reason.

Nintendo have an unusual approach to multiplayer games and the social aspects that go along with this. They focus heavily on ways to play together locally, often to the detriment of their online experience. Again we see their device focus on local interactions rather than global matchmaking.

The 3DS extends their Mii offering. We've seen some games like Walk With Me edge towards doing Mii's on the DS. The new portable not only uses Mii's for its social interactions but can use the 3D camera to automatically create a Mii for you in seconds. 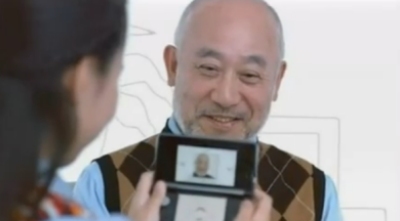 The Mii's are then used to identify other people in the 3DS tag mode. Here the console can stay activated even when switched off. It then detects other 3DS systems nearby and wirelessly swaps prizes and compares data.

A light glows on the top right of the shell to inform players they have new gifts to check out. Opening the 3DS, they are greeted by a gaggle of Mii's that represent the different people they have been in contact with. Each offers a different gifts relating to the games they have been playing. 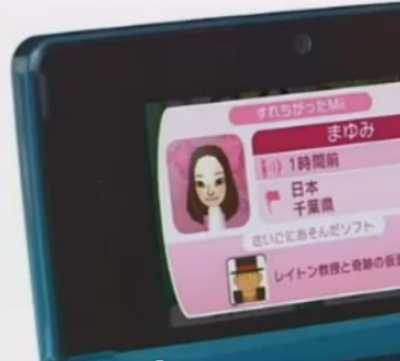 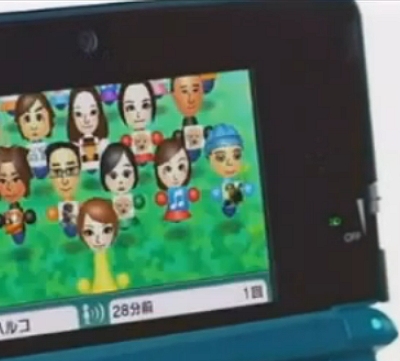 The camera can also be used to pull in Mii's from other people's DS, via a barcode that can be printed from the web. It seems a little convoluted, and I'm hoping you can also just pop the Mii's on an SD Card to get them on another 3DS or the Wii. But this being Nintendo we may well be stuck printing bar-codes.

The 3DS will also be able to connect to the Internet via WiFi while in sleep mode. This will allow users to automatically download free software, games ranking data, and more. 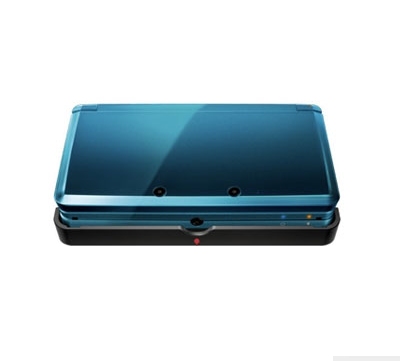 I really wanted to stand off this iteration of handheld gaming - it's only now that I'm really seeing real value from the DSi. I'm often blamed in my family for rushing us onto the next new thing before we have really enjoyed what we already have.

But the 3DS is clever. By supporting the DS games, and offering a fresh window back on Gameboy and Gameboy colour games it feels like a logical next step. And one that wants to bring with it the classic old games I love introducing the kids to.

As the features stack up and the games keep getting announced, there are simply too many factors converging here not to be excited about the prospects for what Nintendo have done next.

You can support Andy by buying 3DS Restarts the Revolution