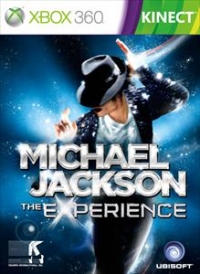 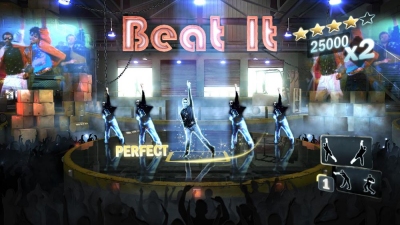 Michael Jackson The Experience has been released on 360 Kinect and been provided for us to preview/review by the publisher.

"Michael Jackson: The Experience on Kinect is very different to the Wii and PS3 version. Controller-less dancing is not without its hitches but the freedom of movement it creates feels more than worth it..."
- Family Gamer (Thu, 21 Apr 2011)

"Michael Jackson: The Experience brings Just Dance to the PlayStation 3. Rather than simply replicating the Wii game's success, singing, choreography options, videos and pictures make this the definitive version -- providing the King of Pop is to your taste..."
- Teen Gamer (Thu, 21 Apr 2011)

Michael Jackson The Experience aims to pioneer more casual dancing on Kinect. There are camera controlled dance games already, but none that really work for groups of casual dancers, and none with the king of pop.

Following up Michael Jackson The Experience (Wii) is a brand new version for Kinect. It brings the same Michael Jackson song catalogue and the Just Dance appraoch to dancing to the 360 while upping accuracey with Kinect's full body control.

The main challenge for the game is to maintain the simplicity of the Wii game with the 360's new Kinect controller. If it manages that it could open the door on a whole range of dance experiences for those who found Dance Central too difficulty, Dance Paradise too technical and Dance Masters too clubby.

Michael Jackson The Experience is released for Xbox 360 Kinect on 15th April.

You can support Paul by buying Michael Jackson The Experience