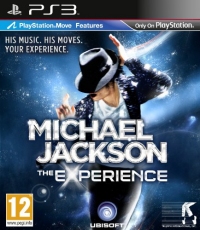 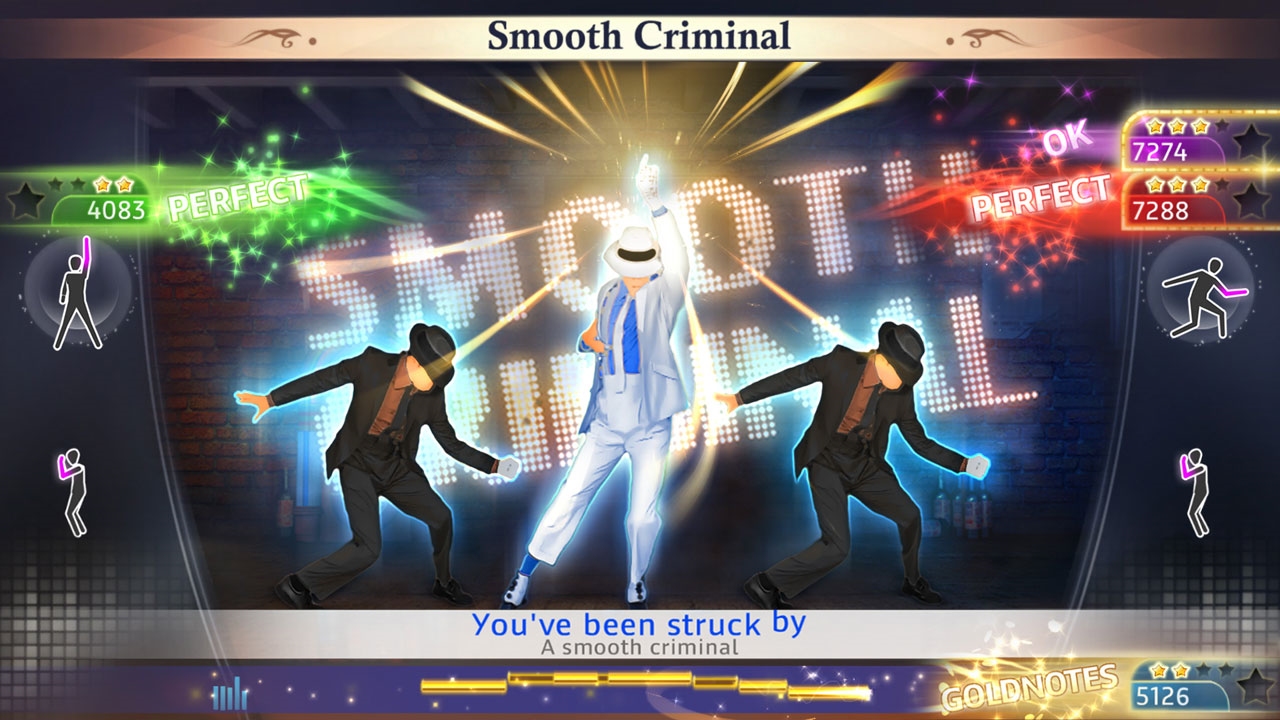 Michael Jackson: The Experience brings Just Dance to the PlayStation 3. Rather than simply replicating the Wii game's success, singing, choreography options, videos and pictures make this the definitive version -- providing the King of Pop is to your taste.

My whole family have been Just Dance obsessed the last couple of years. We have bought the original, Just Dance 2 and Just Dance Kids. Don't get me wrong I like the game a lot, I just never really got into it.

I managed to beat them to it with Michael Jackson: The Experience, I don't think they realised it was basically another version of the game with a different game -- with all the songs coming from the Jackson back catalogue.

I initially got Michael Jackson: The Experience for Kinect, because I liked the idea of having a real time image of the player on the screen, and controller-free dancing. But after a while I realised you can't play with four players simultaneously, which is the main way we play these games at home, so I eventually agreed to change it.

But rather than going for the Wii version (which my younger brother insisted was the best version to get), I went for the PS3 game -- one of the joys of being a three console family. This version has actually turned out to be our favourite version Just Dance so far, even my brother now agrees.

This has turned out to be our favourite version Just Dance.

First of all, it works really well being able to pick either the backing or main dancers for each performance. If you want a slightly easier ride you can opt for the backing dancers, whereas if you want something more technical you can go for the main Jackson performances.

The game the runs the performance with two different sets of choreography depending on which you have selected. It sounds a bit complicated, but it is actually very simple and works well. My younger siblings became experts on the backing performances while my mum and I focused on the more complex routines of the main dancer.

The Move controllers work in the same way as the Wii-mote -- being mapped to one of the hands of the dancers. In fact I realised that the Playstation Eye camera tracking isn't actually used here. The camera does record pictures and videos of you dancing - which are both embarrassing and hilarious - but it's not needed for the controls. This was actually a good idea because you didn't need to have everyone stood in front of the camera to play it - something that means the Kinect version seems to only be for one person at a time, and that has made other Move games problematic if the sun was too bring or too many people wanted to play.

Where Michael Jackson: The Experience really became our dancing game of choice was when we realised that you could sing as well as dance. We had a pair of Sing Star microphones that plugged into the PS3's USB port and meant we could choose to sing.

You only have to match the rhythm of the songs, rather than the notes, but actually this was a good fit for the broader Just Dance audience. The difficulty of the singing was around the same as the simpler dance routines, and this meant that everyone could have a go singing even the youngest players in our family.

Somehow it endeared itself to me and made me want to play.

I know this is all at the party-fun end of the dancing games spectrum, but for me and my family I think this was about right. Anyone could join in at anytime, and if the younger players got bored and wandered off the game realised and removed them from proceedings.

I've also had quite a few Jackson dance parties with a bunch of friends. Again these have worked well because anyone could jump in and have a go without feeling like they were too bad at it. Being able to play with four people meant that more people were involved at one time as well.

Dance Central may create a more technical and accurate dancing experience, but for sheer fun I keep coming back to Michael Jackson: The Experience on PS3. And this time round, I'm happy to join in with the rest of the family's enthusiasm. Not just because I've had a head start to get better than them, but the graphics and sound are just that bit better than the standard definition Wii version.

You can support Rowan by buying Michael Jackson: The Experience