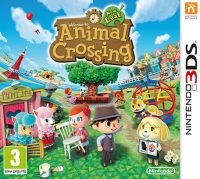 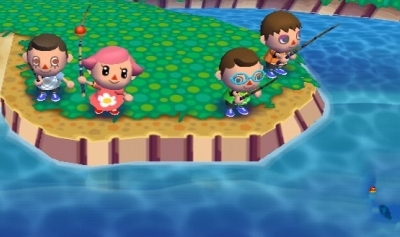 Animal Crossing 3DS may still be awaitng a firm release date, but its fishing game appears in the pre-installed AR Games collection. Expect to be getting up late at night to catch those rare fish.

After the initial excitment of what seemed to be a fully functional version of Animal Crossing 3DS, I was a little dissapointed to discover that this was only a tech demo showcase to depict what the game would look like on the device.

Animal Crossing is still coming to the 3DS, and touted as one of the games being featured in Nintendo's E3 2011 showcase, but it is likely to be a little further off than I initially expected. It also means that there is still scope for Nintendo to revise the design of the game during the course of development.

One interesting cross-over for Animal Crossing on the 3DS is the appearance of its fishing activity in the AR Games collection that comes installed on each new 3DS. The augmented reality game has you fishing for Animal Crossing fish using just using the cameras and AR Card. When you catch a fish simply tug the 3DS and you reel it in.

This uses both the Animal Crossing look and feel - with shadowy fish making their way across the screen, as well as a similar appraoch to determine which fish are available when you play.

AR Games uses the time of day to determine which fish are likely to be out swimming, but then combines this with the colour in front of the camera to make some fish only available with particular hues - a little like Invizimals (PSP).

There is a Fish Catalogue that can be bought from the AR Games shop that provides a list of the fish you have already caught. Again like Animal Crossing, this lists the times of day and colours that particular fish are attracted to. You have to play the game at those times, and on a surface of those colours for them to appear. 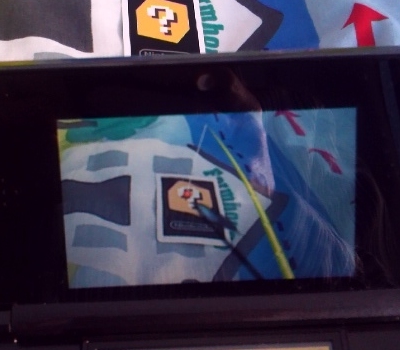 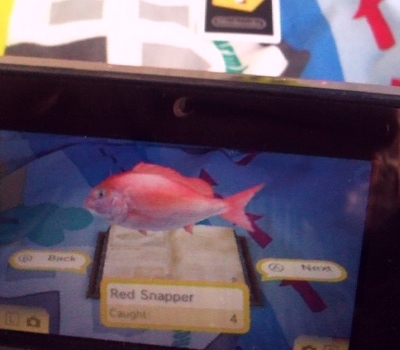 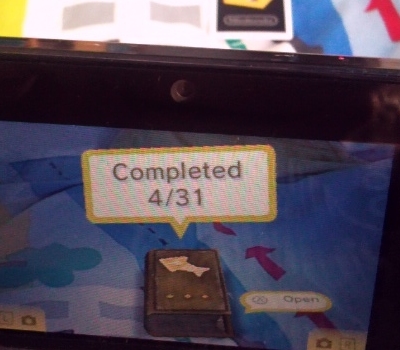 It will be interesting to see if this foreshadows use of 3DS augmented reality, motion and camera features in the final version of Animal Crossing 3DS.

Animal Crossing 3DS does not have a firm release date in the UK, US or Japan. I'll keep you posted.

Animal Crossing looks like it was made for the 3DS. The first thing that strikes you about Animal Crossing 3DS is the higher resolution display. Moving from two 2D screens to one 3D screen frees up the lower screen for interaction, as well as answering critics of the largely empty top screen on the DS version.

The same band of animal characters return, but look like they have brought a few friends with them as well. While key elements to island life are visibly still present - digging, fishing and of course talking - we expect there to be a host of new ways to interact - particularly with the new Wi-Fi sharing mode while you and your DS are out and about.

You can support Paul by buying Animal Crossing