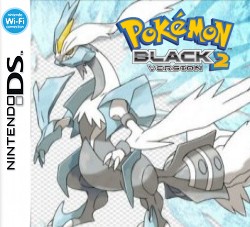 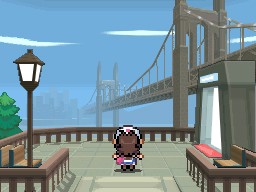 Pokemon Black and White 2 has been released on DS and been provided for us to preview/review by the publisher.

"Pokemon Black 2 and Pokemon White 2 improve over the predecessor in seemingly every way, creating a good that looks - at first glance - like a retread of the same ground, but instead provides a far more compulsive journey..."
- Novel Gamer (Thu, 31 Jan 2013)

"The Pokemon series is worldwide and loved by many of all ages. In this FamilyGamerTV, we talk with one family about their experiences with Pokemon gaming..."
- Family Gamer (Mon, 14 Jan 2013)

Pokemon Black 2 and Pokemon White 2 is the recently-announced next title in the main series of DS Pokemon games and will pick up from where the previous story left off.

Pokemon Black/White 2 mark the first time the series has had a direct sequel. It's certainly a surprise to have received this announcement rather than the expected Pokemon Grey, which would have been a blend of Black and White's content. Perhaps Nintendo are looking to freshen their approach. But, if the series is looking for a new direction, why is it stagnating on the Nintendo DS?

Pokemon has an on-again and off-again relationship with technical innovation. While there's no denying that the 3D worlds of Pokemon Diamond and Pearl and also Pokemon Black and White were a step up from the 2D dungeon crawling of the previous generations, the battle animations have refused the move to 3D models and instead stuck with 2D animated and scaled sprites. Only off-shoot titles such as Pokemon Battle Revolution (Wii) and Pokepark 2 (Wii) have presented the creatures in a fully-animated 3D mode.

Nevertheless, it's an oddity that the latest announcement for Pokemon Black and White 2 is for the DS and not specifically for the 3DS. A solid Pokemon title made for the 3DS would be just the thing Nintendo need to convince even more of the remaining DS stalwarts over to the 3DS.

Alongside the announcement of Pokemon + Nabunaga's Ambition (DS), which is also a rather curious new development for the DS, this is starting to suggest a pattern that somehow Nintendo are not committing one of their largest franchises to the 3D handheld. Even the Pokemon website seems rather apologetic in its suggestion that the game will still be playable on the 3DS as a 2D title.

Whatever the reason it sounds like Pokemon fans will have to wait even longer for a bona fide Pokemon adventure in 3D. It's not clear yet whether this sequel will offer any new creatures, or will stick to the Fifth Generation creatures as featured in Pokemon Black and White (DS). The remaining question is therefore how much appetite Pokemon fans have for more of the same.

Pokemon Black 2 and Pokemon White 2 are currently planned for release on the Nintendo DS in Autumn 2012.


You can support Paul by buying Pokemon Black and White 2