Shadow of the Collosus PS2 News

Shadow of the Collosus PS2 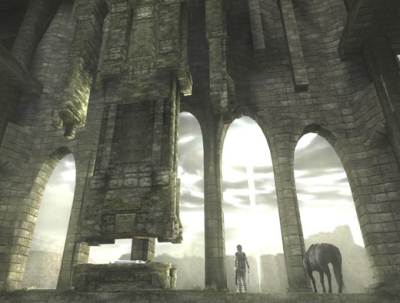 Shadow of the Collosus has been released on PS2 and been provided for us to preview/review by the publisher.

"Shadow of the Colossus conjures emotion from a simple relationship between you, your horse, the landscape and the monsters. It's effective and compelling, in a way that games used to be before visuals alone could carry an experience..."
- Returning Gamer (Wed, 19 Jan 2011)

"Everyone has very different tastes, my particular poison is that of games with wide open spaces in which to live, explore and grow. Shadow of the Colossus has come highly recommended to me so I approached it with an open mind, finding an emotional connection with the game like I never have felt before. But on my terms, after the impressive initial experience the game fails to deliver the perpetual gaming world I long to see in all games..."
- Perpetual Gamer (Mon, 17 Nov 2008)

Shadow of the Collosus PS2 Release

Shadow of the Colossus returns in high definition as Team ICO gear up for the release on The Last Guardian.

Although you can still play Shadow of the Colossus (and its predecessor ICO) on the early PS3s that support emulation, or indeed an original PS2, the game is starting to look a little dated. Particularly on new high definition TVs it is obviously quite pixelated. Now there is a solution.

In a similar move to the re-mastered HD version of the God of War Collection, a Team ICO Collection is rumoured to be arriving early 2011. One would presume this is designed to foreshadow the release of The Last Guardian, the next game in the sort-of series.

The collection will include ICO and Shadow of the Colossus both re-mastered in full HD. It is unlikely though (provided this is all true in the first instance) that this is full reworking of the textures by hand, but some procedural update that automatically re-renders each scene.

Either way, such is the interest in the original game that a new way to play it will be a welcome addition for fans and newcomers.

ICO was released back in 2002 and Shadow of the Colossus in 2006, both for PS2. The HD pack is rumoured for release in the first quarter of this year.

You can support Paul by buying Shadow of the Collosus