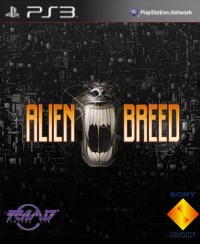 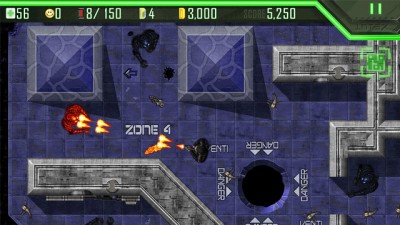 Alien Breed is a cult classic, a gem of a survival shooter from the 1990's and regarded as among the best games ever released for the Amiga. By me, at least. In spite of the flashy update already released for PS3, this is the version I've been longing to see.

This title is not to be confused with the recent Alien Breed Trilogy on PSN, which consists of Alien Breed: Evolution, Alien Breed: Assault and Alien Breed: Descent and is a reboot of the series with modern style and design. This new Alien Breed is a recreation of the original Amiga games and it will be interesting to see how well it still holds up. I suspect it will be as gripping as it ever was - my question is, will they keep the map where a wayward bullet can seal you on the wrong side of a blast door at the start of the level, effectively ending your game?

Alien Breed defined cooperative arcade gaming for a generation of gamers with its update of the classic design of Gauntlet combined with the movie style and atmosphere of Aliens. It was a long time before more modern games caught up with the addictive co-op shooting it delivered and even today such games are few and far between.

Visually, the game has benefited from a recent release of the classic Alien Breed on iOS devices (with an Android version apparently coming soon). Listed as the Best of App Store 2012 in the UK's retro charts, this version has been a great success for Team 17 and news of a PSN version is fantastic.

The game will feature trophy support and an option to switch between classic graphics (that's a resolution of 320x256 blown up on to your massive 1920x1080 HD TV, by the way) or recreated graphics, which I have to say look incredibly faithful to the original. This looks set to be a triumph return of a classic title.

Alien Breed is currently planned for release on the Playstation 3 and Playstation Vita via PSN in February 2013.


You can support Paul by buying Alien Breed